Difference Between Vostro and Inspiron 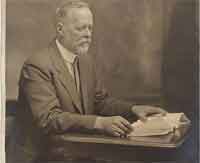 Dell has been around for quite some time, and they have been providing computers to just about every niche in the market. Two lines of Dell computers are the Vostro and Inspiron. The main difference between these two is which market segment they aim to serve. The Vostro is intended for the small business market as an affordable yet reliable computing platform. In comparison, Inspiron computers are marketed towards home users who have very different needs.

Although both lines have many models to choose from that provide various capabilities at various pricing points, there is a general trend. Vostro computers tend to be more affordable than Inspirons. This is great for small businesses that have limited funding as they can get the best bang for their buck; especially during the start-up of a business where expenses are much greater than income.

In order to reduce the cost of Vostro computers, Dell has decided to cut back on some things. For starters, you do not have as many color options. Colors are not just painted on, and each color option requires a limited manufacturing run of those parts. Having fewer color options means that Dell doesn’t have to produce so many of them.

Another major difference is the minimal software that comes pre-installed in the Vostros. Inspirons have a lot of software pre-installed supposedly to make it easier for users. Although ordinary users may like them, many already have their own software that they prefer to install rather than those installed already. Because of this, it has been a common practice to call the pre-installed software as bloatware as they just take up space and aren’t useful to the user.

One way that Dell manages to lower the price point for Vostro computers is by including a shorter technical support duration with the package. Those who have some computer know-how can just troubleshoot the problem themselves while those who have multiple computers would probably benefit from subscribing to a different support system instead of getting extended technical support with each computer. Home users, which are the target of Inspiron, are more likely to need technical support from Dell. But if you want to, you can still purchase extended support for the Vostro from Dell as an add-on.