Difference between Xbox 360 and PS4 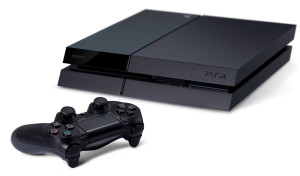 Microsoft and Sony are the top two contenders ruling the gaming industry today. Xbox is the brainchild of Microsoft and PlayStation is brought by Sony. The Xbox 360 and the Sony PlayStation 4 (PS4) are two of the most sold units for game lovers throughout the world. All the PS4 is naturally higher configured being released much later than the Xbox 360, the Xbox still holds its appeal and is loved by all. Check out the basic differences between Xbox 360 and PS4.

There aren’t too many reasons for considering the Xbox 360 over the PS4, but here are few of them. The Xbox 360 has distinctly more games available than the Sony PS4. It actually offers more than a thousand games, whereas the PS4 offers only a hundred games. The Xbox 360 is DLNA certified, but the PS4 is not. The number of exclusive games for Xbox 360 can be counted to 80, whereas that of PS4 will not exceed 10. The form factor is also a section where Xbox 360 beats the PS4, being much thinner than the PS4!

The PS4 features an 8 GM RAM compared to the 0.5 GB RAM in the Xbox 360. Blu-Ray disks are much popular these days and PS4 allows you to stream Blu-Ray videos from disks. PS4 can be used with a motion tracking device and offers a great experience while playing sports games. It also comes with the latest Wi-Fi version, but the Xbox 360 does not even support Wi-Fi. The overall weight of the PS4 is lighter than the Xbox 360 by nearly 700 gms. The PS4 supports wireless controller along with HDMI output, but the Xbox 360 does not. The new 3D technology is supported by Sony PS4 and the device also has an integrated touch controlled panel.

If you’re looking to buy one of these two, you should definitely go for the Sony PS4, as it offers the latest technologies and features for an excellent gaming experience.

Key Differences Between Xbox 360 and PS4