Difference Between Mass and Weight 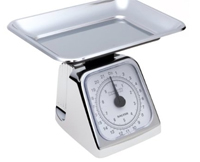 In physics, mass and weight are defined differently when relating to states of matter though, in regular language, the terms are often used interchangeably.

Mass is the property of an object or mass that tends to maintain its current state of rest or motion. Weight is the force that is generated when the gravitational force of the earth acts upon an object or mass.

Mass remains constant (unless the object is moving at a certain speed with respect to an observer) but weight continues to change with the changing force of gravitation. Space travel is the best example to illustrate the difference between mass and weight. In space, there is no gravity so objects float about and register zero weight. However, the objects continue to have mass and extra effort is required by the astronauts to hold down the objects or to move them about.

Also, when immersed, objects weigh less because buoyancy opposes the gravitational force but the mass of the object remains unchanged and it continues to displace a volume-related amount of the liquid it is submerged in. Therefore, objects with a same mass but different density will displace different volume of a liquid when submerged and therefore have different buoyancy capacities and weights.

However, engineering and science professionals continue to maintain a strict difference between mass and weight and even stricter calculation of weight to ensure precision in their work.