Difference Between Confidence and Overconfidence 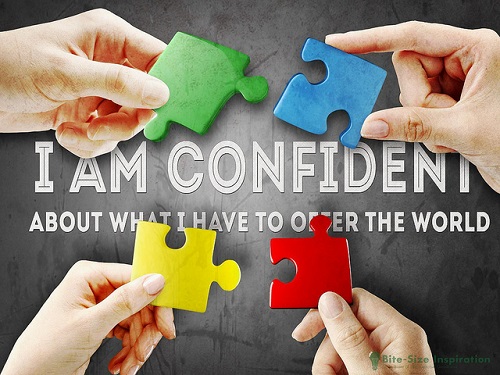 Like confidence, its more excessive counterpart, overconfidence, entails expressing oneself quite comfortably. Obviously, both deal with being certain about oneself. Another similarity concerns the state of being motivated. Both confident and overconfident people are typically pushed by the force of their positive beliefs in themselves. Still, alongside these comparisons are their notable differences. The following points delve into how confidence is distinguished from overconfidence.

Confidence is having the optimum level of self-belief.  Individuals who have the right amount of confidence succeed because they have the ideal mixture of confidence and ability.

According to Lickerman, the 3 realms of confidence are beliefs in one’s:

The confidence stems from previous training and mastery. For instance, a soldier may be confident in combat but unsure of himself regarding public speaking.

Being comfortable in one’s skin despite appearance, financial status, and popularity concerns intrinsic worth. Synonymous with self-esteem, this realm focuses on the independence from justification. 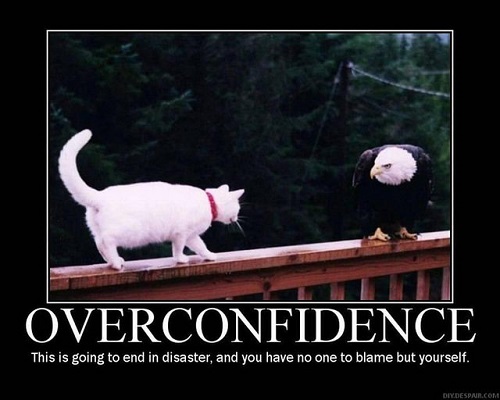 Overconfidence is often interchanged with arrogance, hubris, and presumptuousness. It exhibits an excessive degree of self-belief to the point that overconfident people do not like to accept help and think that they are the only ones who are able enough. As objective reality is extremely far from the overconfident mind’s world, a number of problems are most likely to arise such as being too complacent and irrational which would eventually lead to failure.

Difference between Confidence and Overconfidence

As compared to confidence, overconfidence is noticeably associated with narcissism as it involves overvaluing oneself while others are being devalued.

A confident person offers assistance because he believes he has something to offer while an overconfident individual thinks that others will fail without his help.

Confidence accepts the possibility of failure whereas overconfidence does not acknowledge defeat in any way.

Confidence welcomes support from others while overconfidence is typically not open to accepting assistance as they underestimate others’ contributions.

Though they may not admit it, overconfident people, as compared to the confident ones, may often experience more regret or bitterness due to the impacts of their complacency and delusional perceptions.

Confident individuals take responsibility for their actions while the overconfident ones blame others if things go south as they are only interested in getting the glory.

Confident people know when to stop, observe caution, and yield. Unfortunately, those who are overconfident are too full of themselves that they keep on going even if the risk is dangerously high.

Since overconfidence does not acknowledge limitations and practices complacency, it often leads to different kinds of trouble. On the other hand, confident people are healthily grounded that they do not frequently make foolish judgments.

Confident folks often exhibit patience in verifying accuracy in the process. However, overconfident thinkers are too impatient for validating procedures and merely rely on their quick yet unwise speculations.

Summary of  Confidence and Overconfidence

gene Brown
Jean Brown is a Registered Psychologist, licensed professional teacher, and a freelance academic and creative writer. She has been teaching social science courses both in the undergrad and graduate levels. Jean has also been a research adviser and panel member in a number of psychology and special education paper presentations. Her certifications include TESOL (Tampa, Florida), Psychiatric Ward Practicum Certification, and Marker of Diploma Courses.
Latest posts by gene Brown (see all)
Share Tweet Pin Mail
Categories: Psychology
Tags: Confidence, Overconfidence
previous post Difference Between Eagle and Kite
next post Difference Between Politics and Political Science