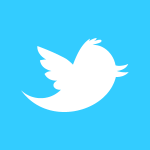 Twitter is only one of the latest online services that have garnered widespread popularity and has even infiltrated mainstream media. Most TV networks have one or more shows that solicit public reactions via Twitter. TV hosts often talk about twitter and tweets as if they are interchangeable, but they are quite distinct from each other. Twitter is the service and it is also the name that is carried by the site. In comparison tweets are the messages that are sent over twitter.

Twitter is a social networking and messaging service where users can broadcast their thoughts in 140 characters or less, as the famous tag-line goes. A person who subscribes to Twitter can post messages to his page and all his followers get notified about what he just twitted. Followers are those who chose to subscribe to an individual or a group’s tweets. This can be done by going to that user’s page and clicking on follow.

Twitter uses a simple but effective system of control over tweets by using prefixed characters. The most popular prefix is the hashtag(#) which is used to identify important keywords on the tweet. It could be a name of an important person, a place, or a topic that has significant importance. The tweets can then be searched for relevant topics by entering specific hashtags into the search bar. Twitter also has the ability to track which topics are trending, giving a glimpse of what is currently popular with Twitter users. Aside from the hashtag, the letter d is also used as prefix to a username to send messages privately instead broadcasting it to everyone. The character @ is also prefixed to a username in order to refer to a specific user or to classify the tweet as a reply to that user.

Although a great majority of the tweets on twitter are merely idle thoughts of users and has no significant importance to other people, the platform has also been used to rapidly disseminate info to a lot of people or to gather information or opinions on certain topics that are relevant to current events. A lot of people in the entertainment industry have twitter accounts with millions of their fans as followers. It serves as a direct link to the fans and bypasses all traditional media.

1. Twitter is the service while the messages that are sent through it are called tweets