Difference Between Ultrabook and Chromebook 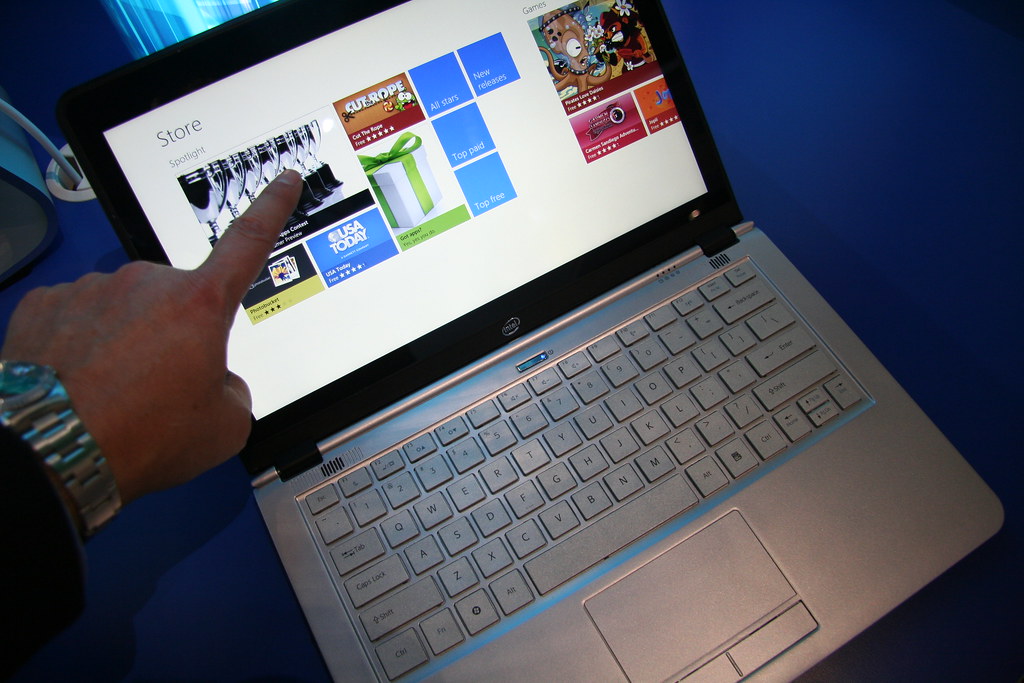 We live in a world that is driven by technology and mobility. And when we talk about mobility, we talk about convenience. In fact, we are rapidly moving into a new era of mobility. Gone are the days of bulky, heavyweight laptop computers; this is an era of stylishly thin and lightweight laptops, commonly referred to as ultrabooks that combine staggering power in a small package. So, ultrabooks are a perfect reference to what we say “big things come in small packages.” Super thin and lightweight ultrabooks are the leader of today’s mobility-inspired era. No wonder they come in so many shapes and sizes, but without compromising performance. Laptops are getting smarter, faster and more portable. Giving competition to ultrabooks is a family of low-cost portable laptop computers powered by Google’s very own Chrome OS. So, let’s take a look at the two portable notebooks.

Ultrabooks are a family of super thin and super lightweight notebooks that pack staggering power in a small package. Ultrabooks are stylish and lightweight in design that favors mobility without compromising performance. Ultrabooks, as the name suggest, are extremely lightweight and slim in profile mimicking the handy dimensions of a tablet and functionalities of a high-performance desktop computer. They are your everyday notebooks, easy to carry; you can easily carry one wherever you go and put it inside your bag without the extra bulk. They come in all shapes and sizes, but ultrabooks are mainly characterized by their screen size, which is anywhere between 10-inch and 14-inch. Most ultrabooks come in 13-inch screen sizes. But do not let their slim profile fool you; ultrabooks are high-performance notebooks that come packed with latest generation of mobile processors and up to 16 GB of RAM. Some of the most popular ultrabooks are Dell XPS 13, HP Spectre x360, Asus Zenbook, etc.

Chromebook is a family of low-cost, portable notebooks powered by Google’s Chrome operating system. Chromebooks are basically the Chrome browser made to look like Windows laptops but running on Chrome OS instead. The Chrome OS is the first operation system inspired and designed specifically for the Internet. It is a kernel-based operating system which is simple and secure, and uses the Chrome browser as its principal UI. Chromebooks are designed to be used online, meaning you have to be connected to the Internet at all times regardless of whether you’re at home, your office or a coffee shop for that matter. It functions without the Internet but with limited functionality. Chromebooks are great for everyday use such as checking emails/social media, video calling friends, online streaming, creating and sharing documents, making presentations, and so on. Chromebooks look similar to traditional Windows laptop or MacBooks, but smaller and with less storage capacity.

Difference between Ultrabook and Chromebook

– Both ultrabooks and Chromebooks are a series of super thin and lightweight laptops or notebooks that are characterized by their slim profile and stylish design. Ultrabooks combine the handy dimensions of a tablet with the functionalities of a high-performance desktop computer. Both handle many of the same tasks like handling a day’s work with ease while being totally mobile. Both are powerful machines designed for everyday use and without the extra bulk, and easy to carry around. Chromebooks look similar to traditional Windows laptop or MacBooks, but are smaller and with less storage capacity.

One of the key differences between the two is the OS; while the ultrabooks run on Microsoft Windows operating system, Chromebooks are powered by Google’s own kernel-based Chrome OS and uses the already popular Chrome browser as their principal user interface. While both ultrabooks and Chromebook are characterized by their super slim profile, lightweight design and exceptional battery life, they are not as similar as they sound. Ultrabooks, for one, are more powerful than Chromebooks and combined with the extensive flexibility of Windows 10, ultrabooks provide a great level of customization and a number of applications for all kinds of use. Chromebooks, on the other hand, are good at only one thing – browsing the web – and unfortunately, pretty much that’s it.

Outside his professional life, Sagar loves to connect with people from different cultures and origin. You can say he is curious by nature. He believes everyone is a learning experience and it brings a certain excitement, kind of a curiosity to keep going. It may feel silly at first, but it loosens you up after a while and makes it easier for you to start conversations with total strangers – that’s what he said."
Latest posts by Sagar Khillar (see all)
Share Tweet Pin Mail SMS
Categories: Technology
Tags: Chromebook, Ultrabook
previous post Difference Between Isolationism and Interventionism
next post Difference Between Ultracapacitor and Battery