Difference Between Supervisor and Manager 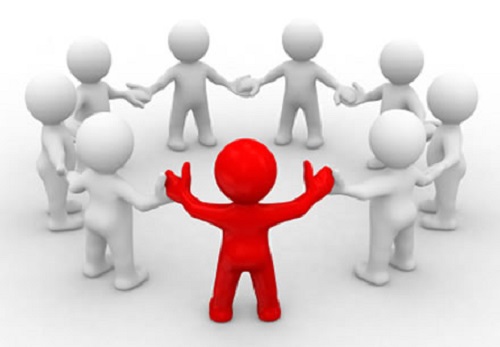 How does a business organization become productive? It is because of the two important functions that help make the company goals succeed. They are the managers and supervisors who are asked to lead and guide a group of employees to pursue a common professional objective. This article will define and differentiate their significant roles to help attain the organization’s success.

DESCRIPTION OF SUPERVISOR AND MANAGER

What is a Supervisor?

A supervisor heads the frontline management which includes monitoring the activities and performances of the employees placed under his or her supervision. He or she is authorized to designate work assignments to each employee, with the main duty of overseeing their tasks to reach the target at a certain timeline; and examining how they do it and if they have become productive in doing it. Take a look at the following for a more comprehensive list of supervisory task:

Most of the time, supervisors are the ones who started as rank-and-file employees and eventually got promoted to supervise the department where they came from. Prior to the promotion, they are the ones who have completely understood what they are tasked to do. They deliver well on their jobs at hand and have usually done things more than what is expected of them, thus making them deserve the advancement.

What is a Manager?

Managers are stakeholders higher than the supervisor and the regular employees who is in control and has the authority to administer the whole organization. He or she is the one deals with the majority of the company’s resources including the workers, finances, supplies and inventory, standard operating procedures and the system.

There are different managerial titles based on the departments they manage such as the Operations Manager, Human Resource Manager, Marketing Manager, Finance Manager, General Manager and so on and so forth. These managers do not necessarily do the work done, rather, they let their subordinates do the nitty gritty tasks while they plan, organize, lead, control and coordinate which are actually their main responsibilities towards the success of the organization.

Overall, a manager represents his or her entire division. He or she is in the power to make final decisions on the recruitment and termination of employees. A manager’s major role is to make sure that all the resources of the company are utilized efficiently and effectively in order to decrease production costs and general expenditures in contrast to the revenue. Just like the supervisor, a managerial position can also be through promotion but some companies also offer this to external parties.

THE SIMILARITIES OF THE TWO

What are the similarities of the Supervisor and Manager?

The functions of these two positions are entirely different but let us just explore some of their similarities in the organization. The following are the major details that somehow make them related to each other.

Now that we’ve seen some of the similarities of supervisors and managers, let us take a look at the things that actually make them quite different from each other.

THE DIFFERENCES BETWEEN THE TWO

What are the differences between Supervisor and Manager?

In conclusion, the supervisor and manager are both part of the company or organizational success and even failures. They may be similar on certain cases, but they are quite different when it comes to their major duties, limitations of power, management level, who they report to, approach, operations, task alignment and their salary structures. The table below will summarize their major differences.

TABLE OF COMPARISON : SUPERVISOR vs MANAGER