Difference Between Hip-hop and Jazz 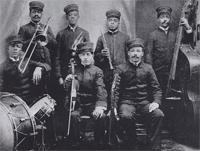 Because of their rich cultural heritage and their inborn love for music, African Americans have been responsible for the birth of two of the most popular music genres: Hip-hop and jazz. Although these two genres are closely knit because they share so many similarities that some would even refer to hip-hop as the ‘jazz of the younger generation’, these two music genres have many differences as well.

One of the differences between hip-hop and jazz is their birthplace. Although both music genres originated in the United States, jazz originates from New Orleans, and it made its first appearance during the nineteenth century. Originally, jazz music was used during funeral marches, but eventually made its way into local bars and dance halls, so much so that by World War I it had become a worldwide favorite music genre. On the other hand, hip-hop originated in the playgrounds and school grounds of Bronx, New York, during the 1970’s, and has centered on reflecting the emotions and feelings of the young African American generation during that time, with regards to certain issues that surrounded them.

Another difference between hip-hop and jazz is their use of improvisation. Both hip-hop and jazz use improvisation, but in the case of jazz, improvisation is considered to be the primary core of the entire music piece, so much so that even the singer tends to frequently ad lib and present his or her own variation each and every time that a jazz single is performed, adding into its versatility. This is in stark contrast to hip-hop, that will often only use improvisation in freestyle hip-hop, which is one of its subgenres. Hip-hop music artists tend to focus more on poetry and rhyme.

These two music genres have lovingly been embraced, not just by Americans, but also by other cultures around the world, and even though jazz came into the picture first, it is hip-hop that has transcended from being just a music genre to a completely whole cultural movement. Today, hip-hop is closely associated with break dancing, graffiti writing and even a style of clothing and accessories. Certain slang words that are commonly heard among the younger generation have also been attributed to the hip-hop culture. In fact, DJ Afrika Bambaataa, one of the pioneers of hip-hop, stated that there are five pillars that constitute the entire hip-hop culture, namely, MCing, DJing, break dancing, graffiti writing and knowledge.

1. Both jazz and hip-hop are music genres that were started and made popular by African Americans.

2. Jazz music centers on the use of improvisation. On the other hand, hip-hop focuses more on poetry, and the use of rhyme in their lyrics.

3. Although jazz music appeared earlier in history, with records noting its first appearance in the nineteenth century, it is hip-hop that has transcended into more than just a popular music genre enjoyed all over the world. Today it is considered to be a cultural movement that centers on MCing, DJing, break dancing, graffiti writing, fashion, language and knowledge.