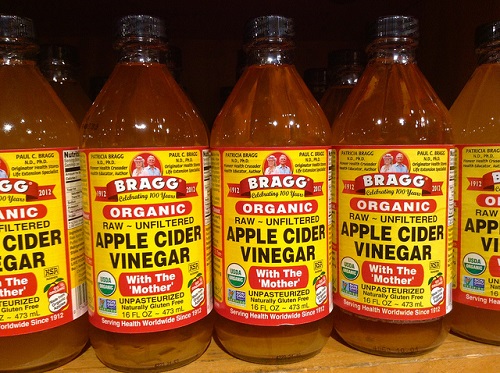 Vinegar is a staple cooking and household item. What many are unaware of, however, is that there are multiple types of vinegar. Geographic locations and the specific ingredients tend to determine the type of vinegar that is developed.

As mentioned above, there are numerous types of vinegar. Malt vinegar, which is made from grains (most commonly barley), originated from the English. Coconut vinegar is common in Asia and is produced through the process of fermenting coconut juice. Cane vinegar, produced from fermented sugar cane, is popular in the Philippines. There are many others, but the most widely known ones are white vinegar,  mainly utilized in cooking to cleaning, and apple cider vinegar, which has gained popularity in recent times thanks to its versatility and health benefits.

The same process used in distilling wine is utilized in producing vinegar. However, the fermentation process of the ethanol is more concentrated, producing acetic acid. The term ‘vinegar’ was derived from the French ‘vin aigre’, which literally means ‘sour wine.’ Traditionally, vinegar is produced over the course of several weeks or longer. This promotes the natural accumulation of acetic acid bacteria (aka ‘mother of vinegar’). Modern methods allow for faster development through the usage of bacterial cultures and machinery that speed up the oxygenation and, consequently, the fermentation. White vinegar and apple cider vinegar are produced in a similar manner, but with slight differences.

White vinegar is actually clear vinegar. It is produced using the same means as other vinegars, but is often derived from vinegars themselves. A popular choice is malt vinegar due to its cheap cost. In comparison to other vinegars, white vinegar is extremely sour. Because of its higher acidity level than others of its kind (distilling malt vinegar with water, for instance, yields around 5-8% acetic acid content), white vinegar is more often used for cleaning purposes, though it is also known for its medicinal uses as well as for baking, pickling, and preserving meat products. Rice vinegar, popular in Asian countries, is perhaps the only white vinegar almost exclusively utilized in cooking. White vinegar can be used to clean windows, stains, and even to sterilize tools; it is often used in laboratory settings.

1.White vinegar and Apple Cider Vinegar (ACV) are produced through the same process; through the distillation of fermented ethanol, which yields acetic acid, the key component of vinegars.

2.White vinegar encompasses a larger scope of vinegar types as it is generally produced from vinegars themselves; apple cider vinegar is the product of the distillation of ethanol from apple cider.

3.White vinegar is more often used as a cleaning agent, while apple cider vinegar is popular for its health benefits.