Difference Between iPad and Nook 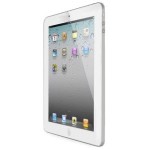 The newest Apple product, the iPad, came out resembling older devices like the Kindle and the Nook, which lead to questions between their differences and similarities. The most basic difference between the Nook and the iPad is what type of device they are. Despite looking pretty similar, the iPad is a multimedia device that you can use to play games, read documents, watch movies, and a variety of other activities. On the other hand, the Nook is primarily an e-book reader with a few extras on the side.

The software on each device is also rather different. The iPad runs the iOS that is also being used by the iPhone and iPod while the Nook runs on android, an operating system by Google that was primarily built to be used with smartphones. Apple has exclusive control over the iOS and it can only be found on Apple products. On the other hand, B&N provides the Nook software to a variety of other products; even the iPad. With the iPad, you can download and install software from the Apple App store, thereby increasing its possible uses. With the Nook, you can only download additional e-books to read.

As with most Apple products, the iPad has internal memory and battery. You cannot replace it yourself or keep spares for longer trips. Although the battery life of the iPad is long, you are still pretty prone to running out. With the Nook, an SD card port is supplied for additional storage and the battery is user replaceable; not that you would really need to keep spares as it can last for over a week with each charge.