Difference Between OOP and POP 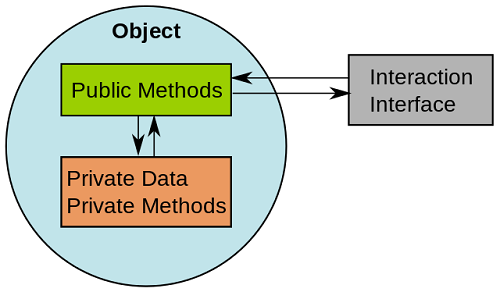 What is Object Oriented Programming (OOP)?

OOP is a high-level programming language where a program is divided into small chunks called objects using the object-oriented model, hence the name. This paradigm is based on objects and classes.

The OOP paradigm mainly eyes on the data rather than the algorithm to create modules by dividing a program into data and functions that are bundled within the objects. The modules cannot be modified when a new object is added restricting any non-member function access to the data. Methods are the only way to assess the data.

Objects can communicate with each other through same member functions. This process is known as message passing. This anonymity among the objects is what makes the program secure. A programmer can create a new object from the already existing objects by taking most of its features thus making the program easy to implement and modify. 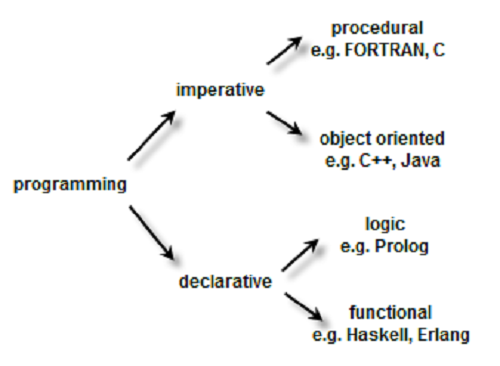 What is Procedure Oriented Programming (POP)?

POP follows a step-by-step approach to break down a task into a collection of variables and routines (or subroutines) through a sequence of instructions. Each step is carried out in order in a systematic manner so that a computer can understand what to do. The program is divided into small parts called functions and then it follows a series of computational steps to be carried out in order.

It follows a top-down approach to actually solve a problem, hence the name. Procedures correspond to functions and each function has its own purpose. Dividing the program into functions is the key to procedural programming. So a number of different functions are written in order to accomplish the tasks.

Initially, all the computer programs are procedural or let’s say, in the initial stage. So you need to feed the computer with a set of instructions on how to move from one code to another thereby accomplishing the task. As most of the functions share global data, they move independently around the system from function to function, thus making the program vulnerable. These basic flaws gave rise to the concept of object-oriented programming which is more secure.

Difference between OOP and POP

The main focus is on the data associated with the program in case of OOP while POP relies on functions or algorithms of the program.

In OOP, various functions can work simultaneously while POP follows a systematic step-by-step approach to execute methods and functions.

In OOP, the data and functions of an object act like a single entity so accessibility is limited to the member functions of the same class. In POP, on the other hand, data can move freely because each function contains different data.

OOP is more secure than POP, thanks to the data hiding feature which limits the access of data to the member function of the same class, while there is no such way of data hiding in POP, thus making it less secure.

New data objects can be created easily from existing objects making object-oriented programs easy to modify, while there’s no simple process to add data in POP, at least not without revising the whole program.

OOP follows a bottom-up approach for designing a program, while POP takes a top-down approach to design a program.

Outside his professional life, Sagar loves to connect with people from different cultures and origin. You can say he is curious by nature. He believes everyone is a learning experience and it brings a certain excitement, kind of a curiosity to keep going. It may feel silly at first, but it loosens you up after a while and makes it easier for you to start conversations with total strangers – that’s what he said."
Latest posts by Sagar Khillar (see all)
Share Tweet Pin Mail
Categories: Software, Technology
Tags: Object Oriented Programming, OOP, pop, Procedure Oriented Programming, programming
previous post Difference Between Google Home and Amazon Echo
next post Difference between Rohingyas and Bengalis