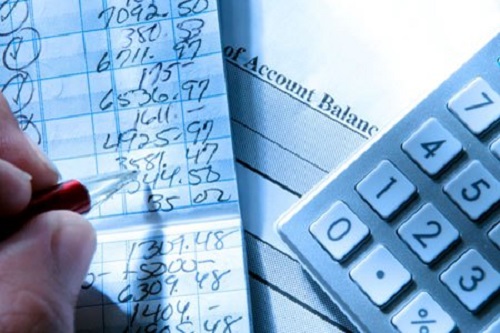 While evaluating two alternatives, the focus of analysis is on finding out which alternative is more profitable. The profitability is judged by considering the revenues generated by and costs incurred. Some costs may remain the same; but some costs may vary between the alternatives. Proper classification of costs between relevant and irrelevant costs is useful in such situations.

The situations in which the relevant and irrelevant classification is useful are decisions regarding:

A relevant cost is any cost that will be different among various alternatives. Decisions apply to future, relevant costs are the future costs rather than the historical costs. Relevant cost describes avoidable costs that are incurred to implement decisions.

For example, a company truck carrying some goods from city A to city B, is loaded with one more ton of goods. The relevant cost is the cost of loading and unloading the additional cargo, and not the cost of the fuel, driver salary, etc. It is due to the fact that the truck was going to the city B anyhow, and the expenditure was already committed on fuel, drive salary, etc. It was a sunk cost even before the decision of sending additional cargo.

Relevant costs  are also referred to as differential costs. They differ among different alternatives. They are expected future costs and relevant to decision making.

Cash expense, which will be incurred in future because of a decision, is a relevant cost.

Only the costs, which can be avoided if a particular decision is not implemented, are relevant for decision making.

Cash inflows, which would have to be sacrificed as a result of a decision, are relevant costs.

Only the incremental or differential costs related to the different alternatives, are relevant costs.

Sunk cost is a cost which is already incurred. It cannot be changed by any current or future action. For example if a new machine is purchased to replace an old machine; the cost of old machine would be sunk cost. Irrelevant costs are fixed costs, sunk costs, book values, etc.

Irrelevant or sunk costs are to be ignored when deciding on a future course of action. Otherwise, these costs could lead to a wrong decision. For example, at the time of decision to replace typewriters by computers, all corporations ignored the cost of typewriters, even though some of them were bought just some time before the decision. If the cost of typewriters had been taken into consideration, some of the corporations could have erred and delayed the computerization decision.

Sunk costs include costs like insurance that has already been paid by the company, hence it cannot be affected by any future decision. Unavoidable costs are those that the company will incur regardless of the decision it makes, e.g. committed fixed costs like depreciation on existing plant.

These are the costs that will be incurred in all the alternatives being considered. As they are the same in all alternatives, these costs become irrelevant and should not be considered in decision making.

Sunk costs refer to the expenditures which have already been incurred. Sunk costs are irrelevant, as they do not affect the future cash flows.

Future costs, which cannot be altered, are not relevant as they will have to be incurred irrespective of the decision made.

Non-cash expenses like depreciation are not relevant as they do not affect the cash flows of a firm.

General and administrative overheads, that are not affected by the alternative decisions, are not relevant.

Similarities between Relevant and Irrelevant Cost:

The basic costing process of both the relevant cost and irrelevant cost is almost same. Both are based on the sound principles and techniques of accounting and costing. Both the costs aim at recording the various business expenses. Both want to accurately reflect the costs in the financial statements and records.

Effect of a New Decision

The difference between relevant and irrelevant cost is based on  whether the cost will have to be incurred additionally due to a new decision. Sometimes, it is difficult to clearly distinguish between the two. Yet, it helps in make or buy decision, accepting or rejecting an offer, extra shift decision, plant replacement, foreign market entry, shut down decisions, analyzing profitability, etc.