Difference Between Oil And Petroleum 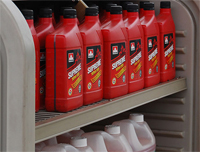 The meaning of the terms Oil & Petroleum is greatly debated on the net. However, we will go with the meanings given in the oxford dictionary. As per the dictionary Petroleum is a hydrocarbon oil found in the upper strata of the earth. This is refined for use as fuel. The term oil means any of various viscous usually inflammable liquids insoluble in water.

As per the above petroleum generally refers to crude oil extracted from the earth whereas the term oil broadly covers all types of oils like vegetable, cooking, lubrication, engine, etc. However, this does not cover petrol as the viscosity is missing.

In normal everyday usage the term oil is also used for crude oil especially when talking of the discovery or find of a new spot. One would always hear statements like ‘oil has been discovered in Arabia.’ It would rarely be mentioned that Crude or Petroleum has been discovered. Oil in this context even covers the term Petroleum.

This usage, however, cannot really be implied as you would go to a store and ask for oil whenever you want Motor Oil or even cooking oil but you will never mean crude oil. The term oil would also include various oils produced from animal extracts like fish oil and emu oil. Use of the term petroleum would be limited to crude oil or its derivatives. It would not vegetable or animal oils or anything that is not a derivative of crude oil.