Difference Between iPod and iPad 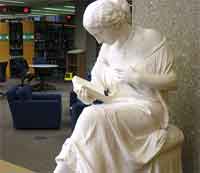 iPods and iPads are two Apple products that may get confused during conversations. This is not because they are similar to each other, but because they sound very much alike when pronounced. The main difference between the iPod and the iPad is what they are for. The iPod is a music player that has expanded beyond music to include other media like videos and photos. On the other hand, the iPad has an even broader scope as a multimedia device that you can do everything that the iPod can do and more.

Physically, the size difference between iPods and iPads are pretty distinct. The iPad is over 10 inches diagonally with the screen occupying 9.7 inches of that. The biggest iPod doesn’t even reach 6 inches diagonally. The iPod’s small size is more than appropriate as it can be kept in your pocket while listening to your favorite tunes. The iPad’s large screen is necessary in order to fully enjoy the device. It is also not meant to be used while on the move.

One of the features that takes advantage of the iPad’s large screen is Internet browsing. It doesn’t require zooming in or out on the page as the entire width of the page can be rendered without making the fonts too small to read. iPod’s, with the exception of the iPod touch, doesn’t have Internet browsing capabilities hence do not need to have a large screen. Most iPods feature screens that are less than three inches diagonally.

Aside from Internet browsing, there are also many features on the iPad that you would not find on most iPods; with the exception of the iPod touch, of course. You can install many apps from the Apple App Store including games and many useful or pointless apps.