Difference Between Parallelogram and Rectangle

Geometry addresses the classification of shapes and figures, which can also be described as the spatial orientation of an object. There is a wide array of different geometrical shapes, including the two-dimensional quadrilaterals. This refers to all four-sided geometrical shapes, which are further divided into four categories, namely trapezoids, isosceles trapezoids, kites, and parallelograms. These are all simple shapes that do not intersect itself and consists of an area enclosed by four sides.

What is a Parallelogram?

A parallelogram is classified as a closed quadrilateral figure with congruent or similar opposite sides that are parallel, also known as a quadrangle. The two parallel sides are known as the bases of a parallelogram, with the distance between the pair referred to as the height. The area of a parallelogram can be described as (1/2)h(2b), or rather bh, where h is height, and b denotes base. Another feature distinguishing parallelograms is the two pairs of parallel lines. The diagonals are another feature to consider; when drawn between opposite angles, the lines exactly bisect each other. Each of these diagonals tends to divide the parallelogram into two equal triangles, while both diagonals crossing divides it into four triangles, opposite triangles being equal. When the squares of the sides are added, it is the same as the sum of the diagonals. A parallelogram also has supplementary adjacent angles. 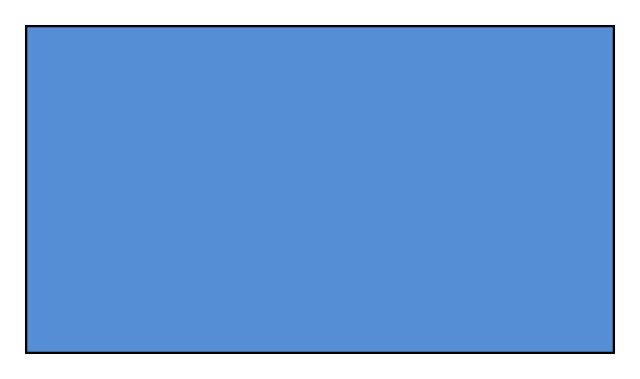 What is a rectangle?

A rectangle is often described as a special case of the parallelogram, since it has similar properties but with the height being the same as one of the parallel sides. This means the formula for a rectangle is lw (length x width) instead of bh. Rectangles also have two opposite parallel sides, although it also has perpendicular sequential sides, which means opposite angles are always 90°. The diagonals always bisect each other and result in line sections of equal length. In other words, a parallelogram that possesses equal opposite sides and 90° angles, is called a rectangle.

The formula for calculating the area of parallelograms is bh (breadth x height), while the area of a rectangle is calculated by lw (length x width). 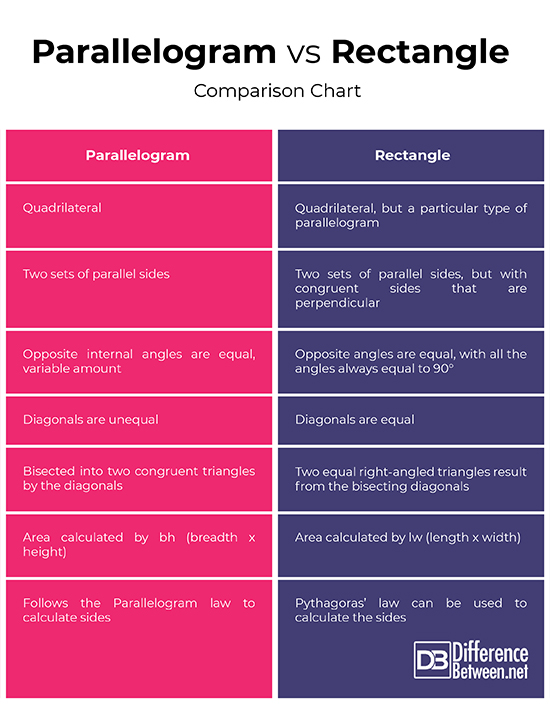 Summary of Parallelogram Vs. Rectangle