Difference Between Fog and Clouds 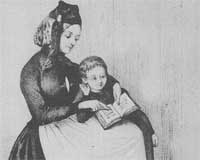 It is not that hard to distinguish fogs from clouds. Both are natural occurrences that happen in all skies around the globe. Aside from being an object of splendor, the cloud also plays a significant role in the weather cycle. They take form due to the condensation process. This is when water vapor (from evaporation) settles in the air and then transforms back into liquid form. Cloud formation is very important, most especially for vegetation, as it will aid in the precipitation of water back to the earth in the form of rain.

In the event that you’ll notice a plainly blank and cloudless clear sky, it doesn’t mean that water in the air is not present. As a matter of fact, the water vapor or droplets are just invisibly flowing through the air. They materialize in the skies as clouds when they mix up with dust particles, smoke, and salt. As a result, they grow larger. The size of these tiny droplets can range from ten microns to five mm. The surrounding cool air in higher elevations is an ideal environment for better condensation and cloud formation. There are many types of clouds like cirrus, stratus, cumulus, and nimbus to name a few.

Fog, in its simplest sense, is just a form of cloud that lies low on or near ground level. Still using the condensation process, these cloud-like formations materialize near ground level. This proves that clouds don’t form only at very high altitudes. Also, there are times of the day and certain seasons that are ideal for fog formation. As the environment gets more humid and the surface of the Earth becomes cooler, condensation takes place at lower levels. Some of the best places to take a glimpse for fog are Newfoundland Island, Point Reyes, and California among others. These locations experience more than 200 days of fog per year.

1.Water vapor condensation high up in the air paves the way to cloud formation.
2.Fog is just the same as clouds but they form at lower elevations near the cool surface of the Earth.
3.The fog’s moisture is usually obtained from nearby water formations such as lakes, seas, rivers, and oceans while the one used in cloud formation also incorporates the moisture from the air in the sky.
4.Fog formation takes place when the difference between the dew point and the temperature is not more than 2.5 degrees Celsius (4 degrees Fahrenheit).
5.Clouds often precipitate water back towards the Earth as rain unlike fog.