Difference Between Padding and Margin 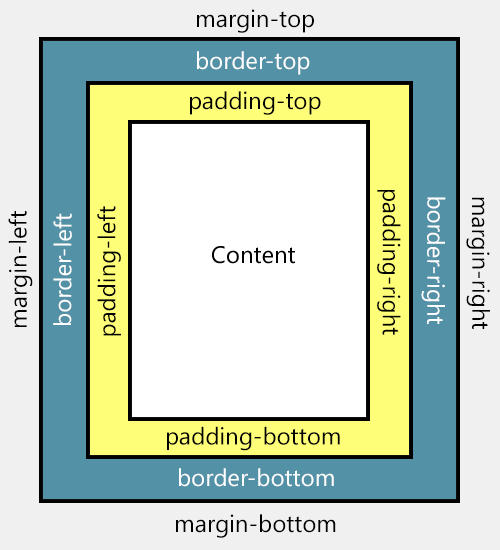 Padding is the term used to refer to the space between the element and the border. It is important to highlight that padding goes around all the four sides of the content.

Difference Between Padding and Margin

One of the main difference between margin and padding is their interactions. Padding interacts with the internal constituents of the design or object because it is the space between the boundary and the contents of the object under consideration. On the other hand, margin interacts with the external environment of the subject under attention because it is the space between the object and the next object, which is closest to the object.

Both margin and padding are differentiated by their purposes or the roles they play in an object. The main purpose of the margin is to ensure that the object is not exposed to other objects surrounding the object all around the four sides. It provides security for the entire object such that the object is not interfered or affected by the external environment. On the other hand, padding plays the role of ensuring that the contents of the object do not interact with the borders. Padding ensures that the contents do not touch the edges of the object covering them hence acting as a shock absorber.

One of the main difference to note between margin and padding is that they behave differently under different browsers. One will find that a certain browser handles the external spaces of an object and the internal spaces of an object while another browser refuses to handle either the margin or padding. Sometimes, it is possible to find that a browser refuses to handle any of the spaces of the object may it be margin or padding. This explains why some margins auto collapse when they are mounted on certain browsers.

Lastly, when to use margin differs with when one wants to use padding. This means that, despite the two spaces portraying significant differences in their purposes, some significant difference can also be shown on when it comes to actual use of each space. Padding is mostly used when one wants the background color to continue in the space that one is creating. This means that people use padding when they want their background to peek out. On the other hand, people use margins when they want their background color to invade their personal space.

Summary of Padding Vs. Margin