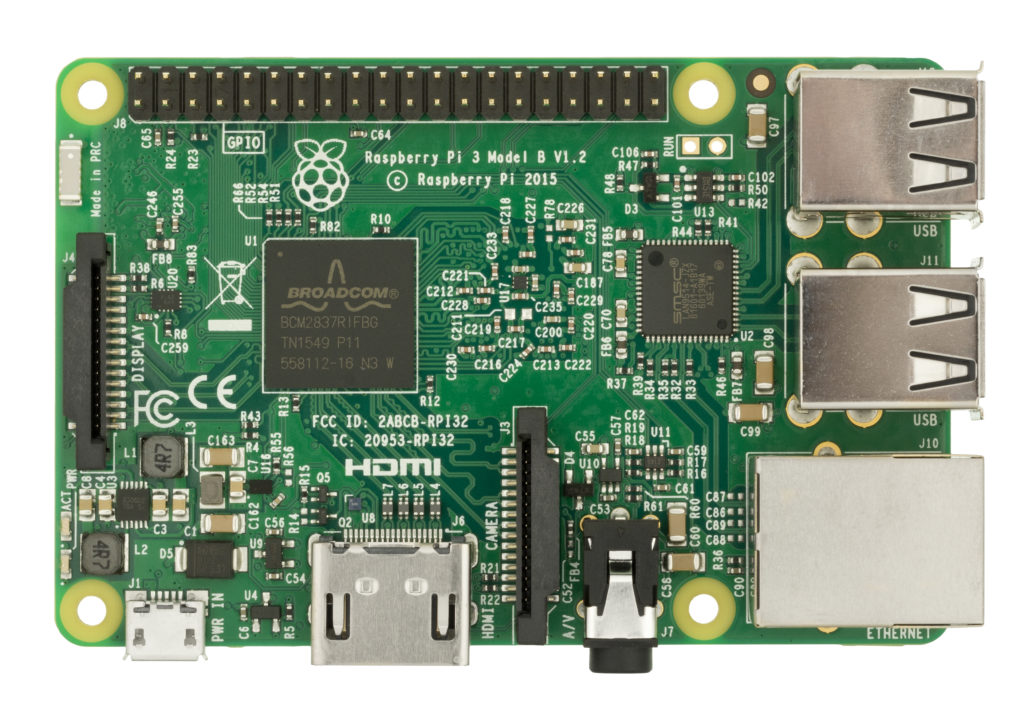 Memory is the brain of the computer which stores data and information for storing and retrieving. Just like a human brain, memory is the storage space of the computer – like a physical device – that is capable of storing data or programs temporarily or permanently.

Memory is a fundamental component of the computer that is categorized into primary and secondary memory. Primary memory is the main memory of the computer which can be directly accessed by the central processing unit, whereas secondary memory refers to the external storage device which can be used to store data or information permanently. While both serve the same purpose; that is to store data or instructions for further processing by the CPU, they do it very differently. Let’s take a look at the two in detail. 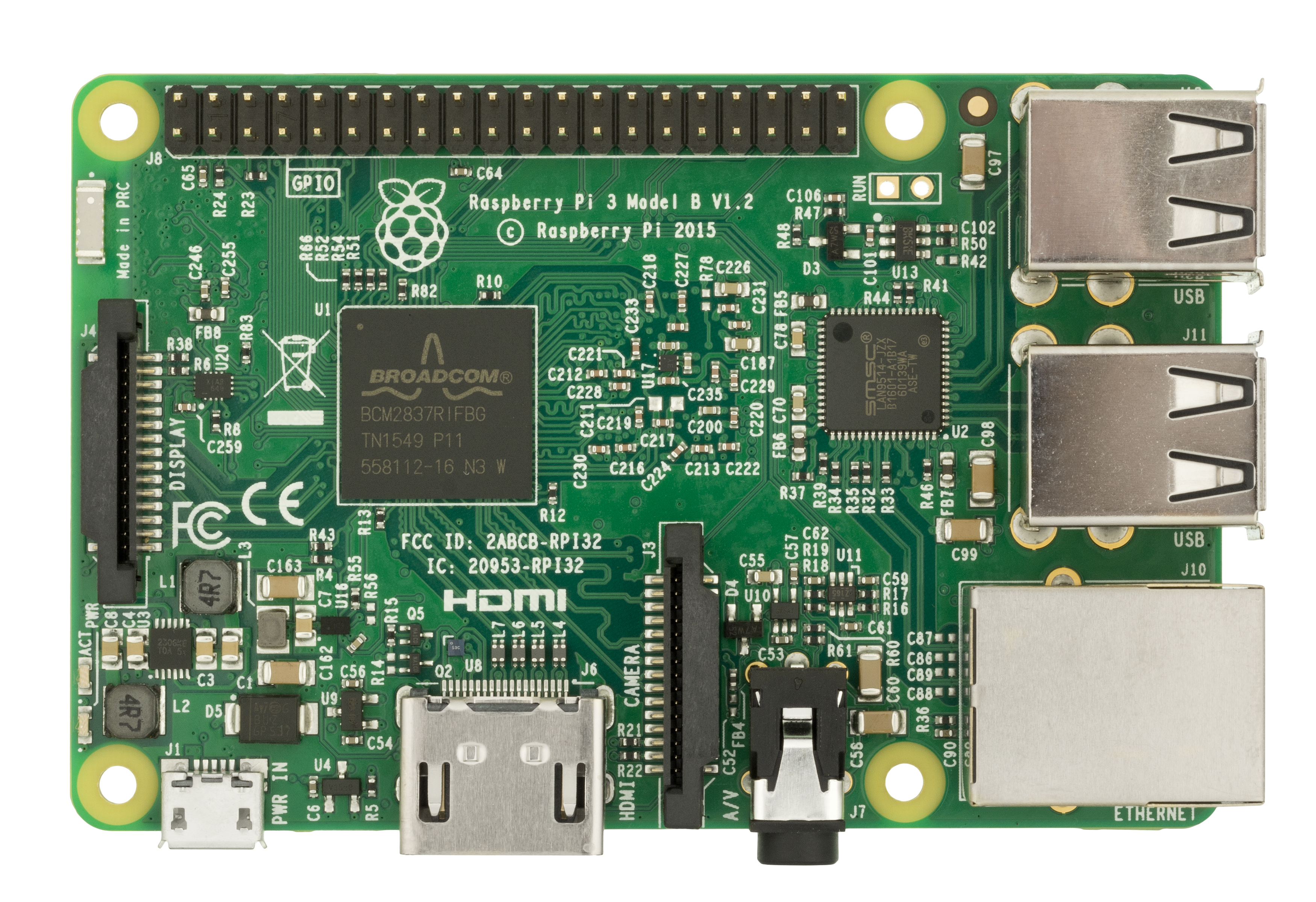 What is Primary Memory?

Primary memory, also known as the main memory, is the area in a computer which stores data and information for fast access.

Semiconductor chips are the principle technology used for primary memory. It’s a memory which is used to store frequently used programs which can be directly accessed by the processing unit for further processing. It’s a volatile memory meaning the data is stored temporarily and is liable to change or lose in case of power failure.

In simple terms, data is intact as long as the computer is running and the moment it’s off, data is lost. Every application on the computer first loads into the random access memory (RAM) which makes is faster to access. The term is more ambiguous, since it also refers to internal memory such as internal storage devices. 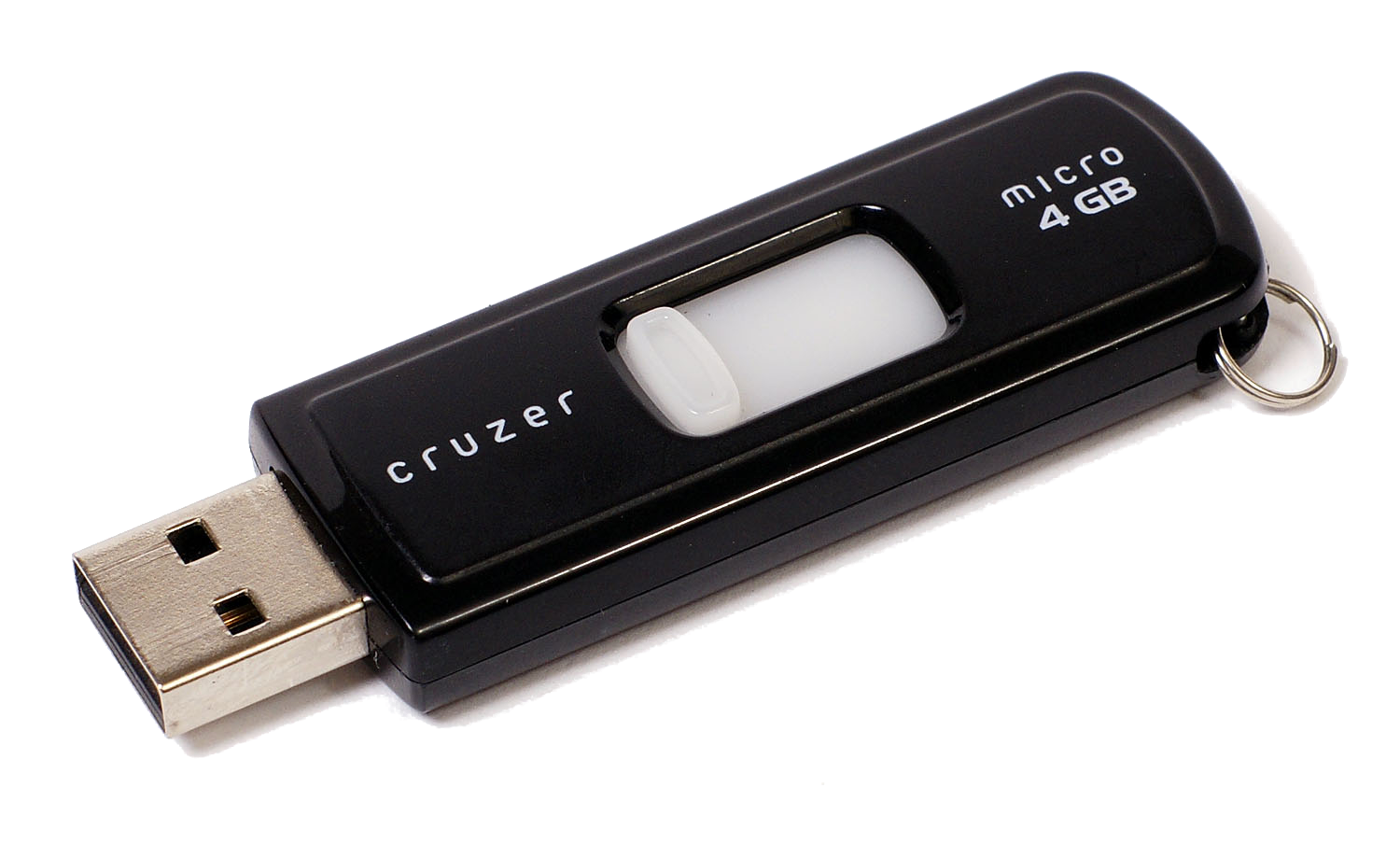 On the contrary, secondary memory is the external memory of the computer which can be used to store data and information on a long-term basis.

Secondary memory refers to all external storage devices that are capable of storing high volumes of data such as hard drives, floppy disks, magnetic tapes, USB flash drives, CDs, DVDs, etc. It’s generally slower than primary memory but can store substantial amount of data, in the range of gigabytes to terabytes.

Difference between Primary and Secondary Memory

Primary memory holds only those data or instructions which the computer is currently processing allowing the processor to access running applications and services that are stored temporarily in a specific memory address. Secondary memory, on the other hand, is persistent in nature which means instructions are transferred to the main memory first and then re-routed to the central processing unit.

Primary memory is volatile in nature which means data or information stored in the main memory is temporarily which may lead to loss of data in case of power failure and it cannot be retained. On the contrary, secondary memory is non-volatile in nature which means information is stored permanently with no data loss in case of power failure. Data is intact unless the user erases it intentionally.

Primary memory can also be referred to as RAM, short for Random Access Memory, because of the random selection of memory addresses. RAM holds data in a uniform manner and it can be lost when power fails. Secondary memory refers to external storage devices such as hard disk, optical disk, compact disk, flash drives, magnetic tapes, etc. They are high-storage devices with substantial storage capacities, in the range of gigabytes to terabytes.

In primary memory, applications and instructions are stored in the main memory which makes them relatively faster to access via data bus. Processor is able to retrieve data faster than it does with secondary memory, which acts more like a backup memory to store data in external storage devices. 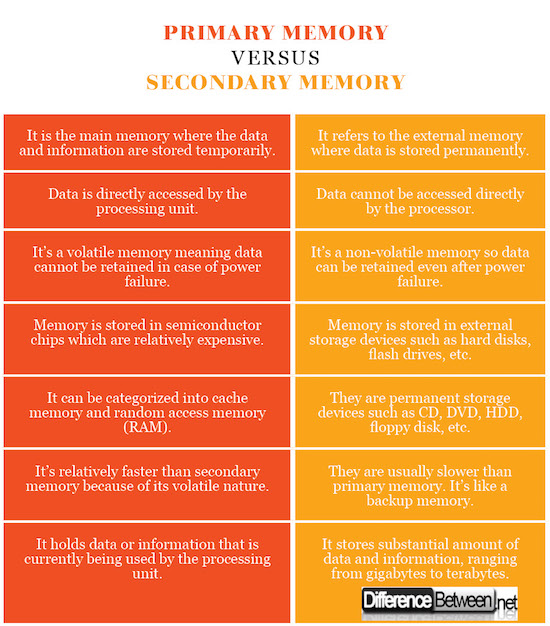 Summary of  Primary Vs.  Secondary Memory

Computer memory is categorized into primary memory and secondary memory, along with cache memory. Primary memory is the main memory or internal memory of the computer which is used to store frequently used data and instructions. It provides fast memory access because of its volatile nature which makes it easy to retrieve information directly from the main memory by the processing unit. Secondary memory, on the other hand, refers to external storage devices which are used to store substantial amount of data in hard drives, flash drives, CDs, DVDs, floppy disks, magnetic tapes, etc. Unlike primary memory, secondary memory is not directly accessed by the processor.

Outside his professional life, Sagar loves to connect with people from different cultures and origin. You can say he is curious by nature. He believes everyone is a learning experience and it brings a certain excitement, kind of a curiosity to keep going. It may feel silly at first, but it loosens you up after a while and makes it easier for you to start conversations with total strangers – that’s what he said."
Latest posts by Sagar Khillar (see all)
Share Tweet Pin Mail SMS
Categories: Hardware, Technology
Tags: Primary Memory, Secondary Memory
previous post Difference between Pointer and Reference
next post Difference between Locomotion and Movement