Difference Between Zonal and Seed Geraniums 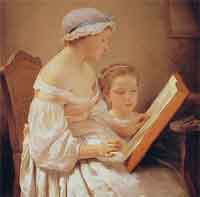 Many people are asking about the difference between zonal and seen geraniums. Perhaps they are just concerned about whether one is more difficult to grow than the other or maybe it’s more on the difference in cost. Nevertheless, both geranium variations offer good aesthetic results for everyone’s garden.

The two types of geraniums mentioned have their own strengths but basically, the choice of selecting which is based on one’s personal taste and on the magnitude of your need for landscaping.

Seed geraniums are called as such because they are in fact seeds. They are annually grown because their lifespan is about one year only. Nevertheless, the plant can still grow another set of seeds below it which will later become flowers for the coming year.

Zonal geraniums are just as beautiful as their seed counterparts. They however differ from the first because this type is grown by means of cuttings harvested from the parent geranium. Thus, they are the exact same copy of the mother geranium. Because of this propagation nature, this plant is not able to bear any seed. Nevertheless, it will still continue to grow and bloom at season’s end if taken cared properly.

The seed geraniums are said to produce small but clustered flowers. Not only that, its leaves also look smaller than the other variation. Because of this characteristic, seed forms are best for bigger garden spaces that need smaller plants. You can also propagate the zonal geraniums as a form of background to the garden’s borders. This is because this form has a bigger bush that looks very shrubby making it an ideal backdrop to the more minute plant forms. Specifically, zonal geraniums can grow as tall as 1.5 feet while its seed counterpart can barely reach 1 foot. In addition, most geranium experts agree that this form is able to produce a mystifying double bloom.

With regard to their growth rates, zonal geraniums give you a quicker satisfaction. They grow faster because they are cuttings anyway. Seeds will have to grown for another two weeks for them to sprout. Waiting for them to flower will take you an even longer period of time. This is exactly the reason why the zonal variation has become quite popular to garden lovers nowadays.