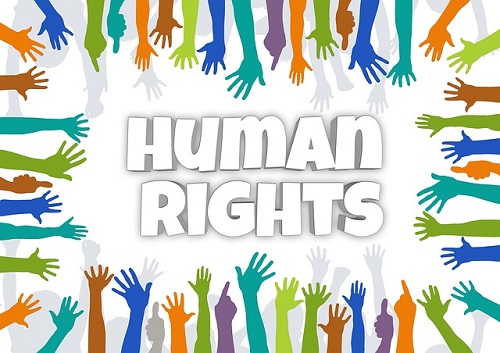 Human rights and fundamental rights are key principles that stand at the basis of any just and equal society. Although the two terms are often interchanged, there are key differences that cannot be overlooked. In fact, while fundamental rights are outlined and protected by the national constitution of any given state – and thus slightly vary from country to country – human rights are universal and inalienable principles guaranteed at an international level and enforced by the United Nations and other international agencies. In other words, fundamental rights are granted by individual governments and are awarded by national constitutions while human rights apply to each and every individual, regardless of their nationality, ethnicity and religion.

What are Human Rights?

The United Nations – the primary body responsible of the protection and enforcement of universal human rights – defines human rights as “rights inherent to all human beings, regardless of race, sex, nationality, ethnicity, language, religion, or any other status.” Human rights apply to all individuals – without discrimination – and include, inter alia, the rights to life and liberty, freedom of opinion and expression, freedom from torture and slavery, and right to work and education.

Fundamental human rights are outlined in the 1948 Universal Declaration of Human Rights – a milestone document, which was translated into more than 501 languages – thus becoming the most translated document in the world. The UDHR is integrated with two other key documents, which entered into force in 1976: the International Covenant on Civil and Political Rights (and its two optional protocols) and the International Covenant on Economic, Social and Cultural Rights (and its optional protocol). The first text focuses on:

Conversely, the Covenant on Economic, Social and Cultural Rights focuses, inter alia, on the right to education, the right to work in “just and favorable conditions,” the right to an adequate standard of living and the right to social protection. 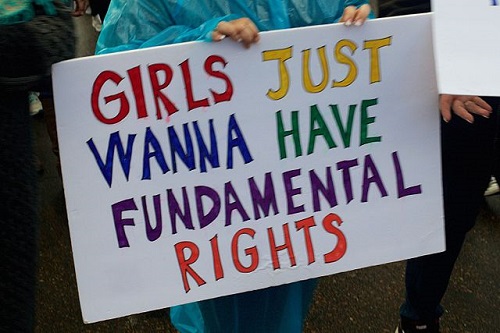 What are Fundamental Rights?

Although legally different, human rights and fundamental rights have various aspects in common. In fact, both aim at creating a legal framework in which individual and societies can live in peace and in the respect of everyone’s equality and diversity. Some of the main similarities between the two categories of rights are listed below:

What is the Difference between Human Rights and Fundamental Rights?

While human rights and fundamental rights often overlap, there are some key differences – in particular concerning their legal nature and their enforceability. In fact, human rights are basic and universal rights that should be enjoyed by all individuals regardless of nationality, race, ethnicity and sex, whereas fundamental rights are enjoyed by all members that fall under the jurisdiction of the constitution of a given country, without presumption or cost of privilege. Some of the main differences between the two categories of rights are listed below:

In general, the implementation and enforcement of international human rights is more problematic than the enforcement of fundamental rights due to the very nature of the international legal framework. Although human rights have a universal nature, the jurisdiction of the various covenants and treaties only applies within the countries that have ratified the relevant conventions and treaties. Furthermore, some international remedies can only be sought once all domestic remedies are exhausted.

Building on the differences outlined in the previous section, we can identify other factors that differentiate fundamental rights from human rights.

Conclusion of the difference between Human Rights and Fundamental Rights

Human rights and fundamental rights are key principles that ensure that all individuals live a free and dignified life. Both categories of rights aim at creating a harmonious social environment and at protecting humans from violence, injustice and discrimination. Human rights are universally recognized moral principles promoted and enforced by international organizations (in particular the United Nations and its relevant human rights bodies). Conversely, fundamental rights are found in the national constitution of every country and are, therefore, country specific.

The aim of the international community is to harmonize national legislations with internationally accepted standards and norms outlined in treaties, covenants and conventions. As such, whenever a country ratifies a human rights treaty, it is encouraged to take the necessary steps to ensure that national laws are in line with international provisions. Such process aims at ensuring better accountability and at promoting just and fair societies.