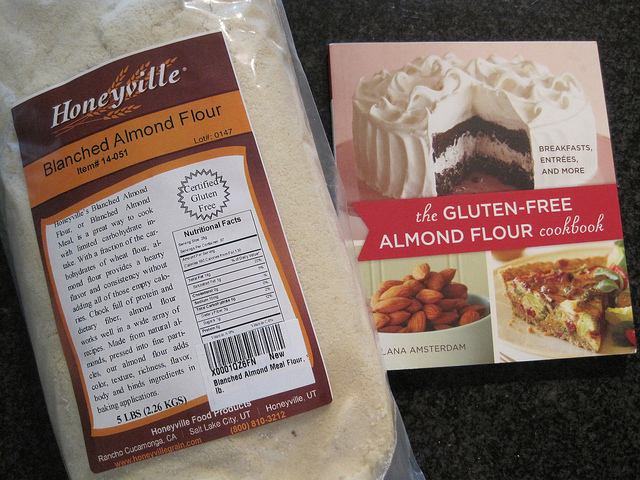 Almonds are a type of tree nut that is known for being produced in the largest quantities and it is the most concentrated with nutrients. It is a great source of vitamin E, calcium, protein, fiber, and healthy fats and it does not contain any cholesterol. There are two varieties of the almond tree – one produces bitter almonds that are inedible, the other sweet almonds which are generally consumed.

An almond coated with sugar, made around 1200, was the first apparent record of confection that was made for nonmedical consumption. Lately almonds have been applied to many different uses, including almond butter, almond milk, almond flour and almond meal. This has proven a good substitute for wheat in low-carbohydrate diets or an alternative for cooking or baking for those who gluten-intolerant.

What is Almond Flour?

The use of almond flour has increased greatly, especially to replace conventional processed flours. It is more nutritious, since it contains the same nutrients as whole almonds. It is a great source of vitamin B and vitamin E, up to 40% of the daily requirement in a quarter cup. It also provides a good source of calcium and iron. Almond flour is often erroneously referred to as almond meal, although this actually refers to ground almonds.

Almond flour has a smooth texture and light colour, similar to regular flour, since it is made from finely ground blanched almonds. These are almonds of which the skin or husk has been removed.

The health benefits of almond flour have meant it can be used a good replacement for processed flour in baking and it is considered a heart-healthy alternative. It is also a suitable alternative for gluten-sensitive digestive systems. It is great for baking bread, muffins, snack bars and cookies due to the protein and fat it contains. These contents allow for increased satiety, which minimizes snacking and can help with weight control plans. It is also low in carbohydrate, which means it’s a much healthier substitute for wheat. The properties of almond flour often in baked goods with more flavor and moisture. 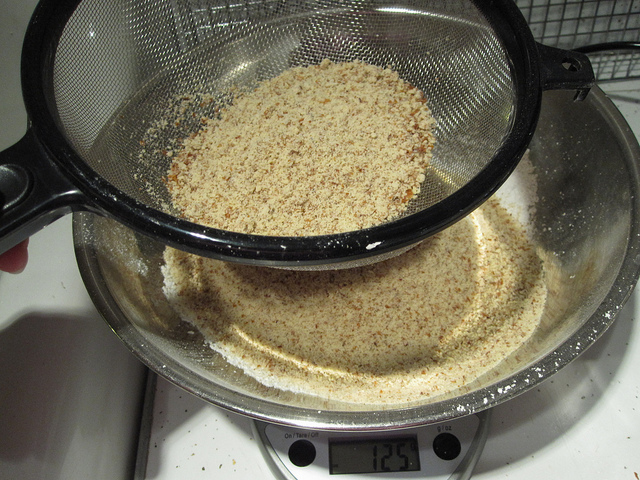 What is Ground Almonds?

Ground almonds are made of whole almonds with the skin intact, which are ground to form a coarse meal. It is also known as almond meal and has a more granular texture. It has been used in confection and baking since the 13th century.

Homemade almond meal is made from ground whole nuts, while commercial almond meal is often made up of the residual grains after almond oil residues have been extracted to create almond essence. This may also result in a grind that is drier and even coarser. This drier consistency makes it the perfect component to bake macaroons.

Whole almonds can be crushed in a food processor until it yields ground almonds. If processed further, the ground almonds would result in almond butter due to the fats and oils it contains naturally.

The ideal way to store ground almonds is in an airtight container in the freezer to keep it fresh for up to three months.

When the almonds skins are removed and finely ground, it results in almond flour with a smooth consistency. Ground almonds, however, are prepared with the skin on, yielding a coarser texture.

To make almond flour, the almonds are blanched to remove the skins, and ground to a fine consistency. On the other hand, almond meal is made from whole raw almonds that are ground to form a granular meal.

Almond flour has a fine texture similar to regular flour. It is light with a cream colour. Baked goods containing almond flour are usually moister than when almond meal was used. The consistency of ground almonds is also much rougher and denser. It is usually somewhat drier and coarser due to its preparation.

The light texture of almond flour means it is ideal for baking good with fluffier consistencies, for example for baking cookies, treats, muffins and cakes. The heavier ground almonds lend itself more to recipes that require less than half a cup thereof. This include denser breads, muffins, wafers or pancakes with a coarser texture.

The finely ground almond flour can be store-bought, even though blanched almonds can be ground at home, it might not reach the same smooth consistency. Ground almonds can be ground at home more readily to yield a coarse meal. The more commercial almond meal is drier and can only be bought in a store after commercial removal of oils to create almond essence.

The use of alternatives to wheat flour in baking and cooking has increased immensely in the last decade, the foremost being either almond flour or ground almonds. Both almond flour and ground almonds contain the nutrients and health benefits of raw almonds, as this is the origin for both. Due to the removal of skins before the almonds are ground, almond flour have a somewhat lower fiber and flavonoid content, although it is still considered a healthy baking alternative to wheat flour. In general almond flour and ground almonds can be used interchangeably. If specific textures are required it is necessary to be more selective according to the different properties of the two. Almond flour is ideal for baking lighter treats, cookies and cakes, while the coarser ground almonds are more suited for baking denser breads, muffins and cakes with a grainier texture. Both need to be stored carefully in an airtight container and preferably frozen. It offers interesting alternatives to supplement a gluten-free of low-carbohydrate diet.