Difference Between Glycerol and Glycerin 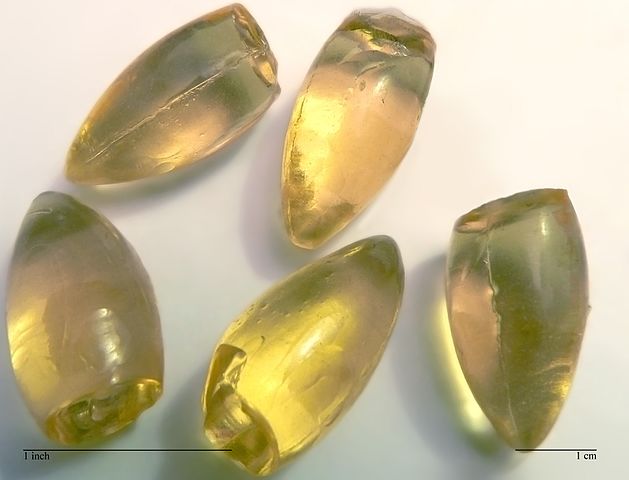 Glycerol and glycerin – is there really a difference between the two? More and more people are using these two different words as one, but are they really wrong?

There may not be a big difference distinguishing the two concepts, but there is a clear line between them. They may seem interchangeable, but anyone familiar with the topic knows there is a distinction between glycerol and glycerin. It is common knowledge that they are the same thing, and some think that the term “glycerin” is the word used by common people, while experts in the chemistry field call it “glycerol”.

Glycerin is needed to produce glycerol. It is a commercial compound and is the key element of creating glycerol. Because of their relationship, glycerol and glycerin are used almost in very similar ways.

Glycerin was discovered by Carl Sheele in 1779. It is a polyol compound used for various purposes, for example as a food sweetener or a preservative. The consistency of glycerin is thick, but it becomes a gummy-like substance when frozen. Glycerin is both a humectant (it helps draw moisture onto the skin, which is why it is used for body lotions), and an emollient (it helps maintain the stability of moisture levels).

Glycerol is a component of fats and is a colorless compound. It is usually used in the winemaking process; it adds a sweet taste to the wine. It is an ideal alternative for sugar due to the fact that it only contains about 27 calories per teaspoon. Aside from being a natural sweetener, glycerol also acts as a thickening agent, a solvent, and a preservative. It is a result of the fabrication of soap, biodiesel fuels, and refined vegetable oil. Because it is low in toxicity, glycerol is widely used by different manufacturers. 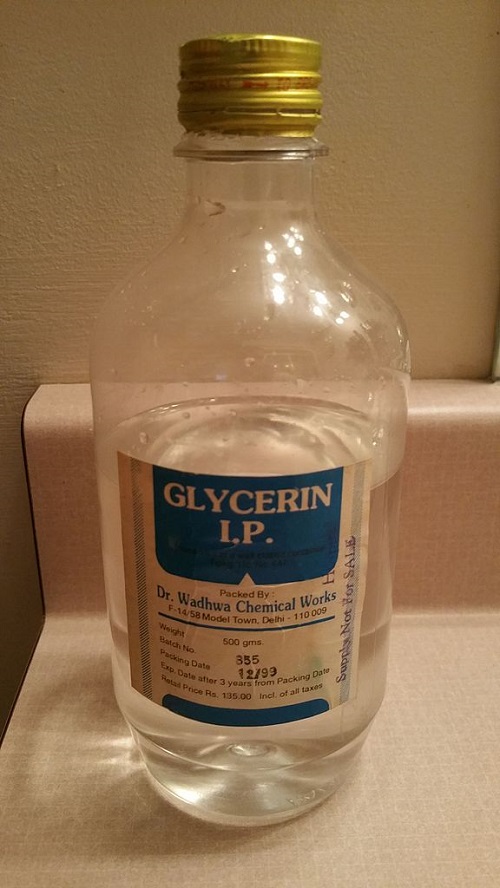 Glycerol and glycerin are usually found in day-to-day products such as food, medicines, and cosmetics.

Other key differences between glycerol and glycerin are the products they are used in. For example, glycerin is responsible for the texture of ice cream while also helping minimize the amount of sugar used. Glycerol is the component used to shape the form of medicines, such as cough syrups (their thickness) and body creams. Glycerin is also used to produce toothpaste that helps maintain the shininess of the teeth. As for medical purposes, glycerol helps in decreasing the brain swelling in people, especially in cases of brain hemorrhage. Additionally, a glycerol suppository is very helpful in curing constipation.

The American Dietetic Association puts glycerol in the carbohydrate group when used in food manufacturing. Glycerin, on the other hand, is more likely to be categorized under sugar due to its density.

Although they have their differences, glycerin and glycerol are both defined as the connecting chemical in fats in regard to their chemical structure. With all this information in mind, it is now easier to distinguish between the two compounds.

1.Glycerol and glycerin are usually found in day-to-day products such as food, medicines, and cosmetics.

2.Glycerin is needed to produce glycerol.

3.Because of their relationship, glycerol and glycerin are used in very similar ways.

4.Glycerin is both a humectant and an emollient.

5.Glycerol is a component of fats and is a colorless compound.

6.Glycerol is an ideal sugar substitute because it only contains around 27 calories per teaspoon.

7.Because it is low in toxicity, glycerol is widely used by different manufacturers.

8.Other key differences between glycerol and glycerin are the products they are used in.