Difference Between Adobe CS3 and CS4 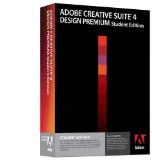 CS3 and CS4 are common names for the software package from Adobe named Creative Suite. The numbers are used to indicate the version number as Adobe regularly releases newer versions with newer or improved features. CS4 is the latest version superseding CS3 after roughly a year and a half.

The user interface of CS4 applications has been changed and the traditional set-up of CS3 was abandoned. Instead of running as independent applications, they now share the new tabbed interface more common with internet browsers. Different open CS4 applications appear as tabs within the same window. CS4 has also added support for the CUDA technology from nVidia via third party plugins. This makes encoding videos in H.264 much faster and is absent in CS3.

Seeing the steady deployment of 64 bit operating systems and how this can benefit the memory intensive processes in their applications, Adobe introduced some preliminary shifts to 64 bit. The Photoshop included in CS4 is now capable of running as a native 64 bit application. After Effects and Premiere Pro has also been optimized in CS4 to perform better on 64 bit platforms, though still not native. Due to these improvements, you can observe a performance improvement of roughly around 10 when using CS4 compared to using CS3 in a 64 bit platform with ample hardware specs. The performance gain could be much higher when working with very large files where huge amounts of memory are used.

There were also some changes to the line-up of applications that come with each version. Two programs that came with CS3 have now been dropped from CS4. The first is Adobe Stock Photos and the second is Adobe Ultra. Adobe Ultra is a vector keying application that is commonly used to improve shots that are taken with poor lighting. Adobe InCopy is also missing in any version of CS4 but can be ordered separately from Adobe or from some other source.

Summary:
1. CS4 is the latest version while CS3 is its predecessor
2. CS4 runs a unified interface for its applications while CS3 does not
3. You can use nVidia CUDA technology with CS4 but not with CS3
4. Applications in CS3 are strictly 32 bit while some applications in CS4 are either native 64 bit or are optimized for 64 bit operation
5. Adobe Ultra and Adobe Stock Photos were included in CS3 but has been dropped in CS4