Difference Between Adenovirus and Retrovirus 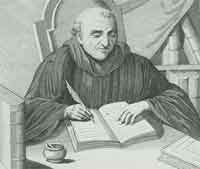 Viruses are considered as the bane of our existence. This is because viruses have been known to wipe out entire communities or populations before. I believe that most of you can remember or have even heard of the black plague or the smallpox scare, in which a lot of people have died. More recently, the SARS scare have rattled a lot of countries. Furthermore, viruses are also so resilient that they can even attach to birds before they are transmitted to human beings, such as the avian flu virus. This is the reason why many countries have upgraded their programs in protecting their citizens from diseases brought about by other forms of viruses and researching new ways of fighting against them.

Still, there are other strands of viruses that continue to plague us even as we speak. There are many types of viruses that still roam around us even with all this technologically breakthroughs on viral immunity. In some countries, chickenpox and measles outbreaks still occur, although they are said to be seasonal in nature. Cough and colds may be due to some viral strains. And because of this, scientists are always in motion to study viruses and to look for newer ways to entirely rid of these pesky organisms.

But before they can entirely eradicate these viruses, they have to know about them. A virus is considered as an infectious pathogen or agent that will replicate only after it has come in contact with a living cell. Viruses affect not only animals but plants as well. Most viruses contain 2 or 3 major parts, genetic information made up of RNA or DNA, a molecule chain to carry these genetic materials, and a protein coat to act as protection. Most viruses usually have these parts. But although there may be a lot of viruses out there, we will focus ourselves to the difference between an adenovirus and a retrovirus.

An adenovirus is considered as the largest among the non-enveloped viruses. This term indicates that the virus has no protective protein- coating, called capsids, to wrap the genetic information stored inside the virus. This virus contains a double-stranded DNA. It has been proven that this virus is the cause for about 10% of upper respiratory infections in children and adults.

A retrovirus, on the other hand, is an example of an enveloped virus. In this case, it has a protective protein coat that makes it more resilient and has a higher tendency to cause diseases. It is considered as an RNA virus and can integrate itself to its host cells, thus, causing damage to the cell.

You can read more about this topic since only basic details are provided here.

Summary:
Viruses come in many shapes and sizes, and only replicate when inside living cells.
An adenovirus is a non-enveloped virus, meaning it has no protective coating.
A retrovirus is an example of an enveloped virus, making it more resilient and causes higher tendency of infection or diseases.