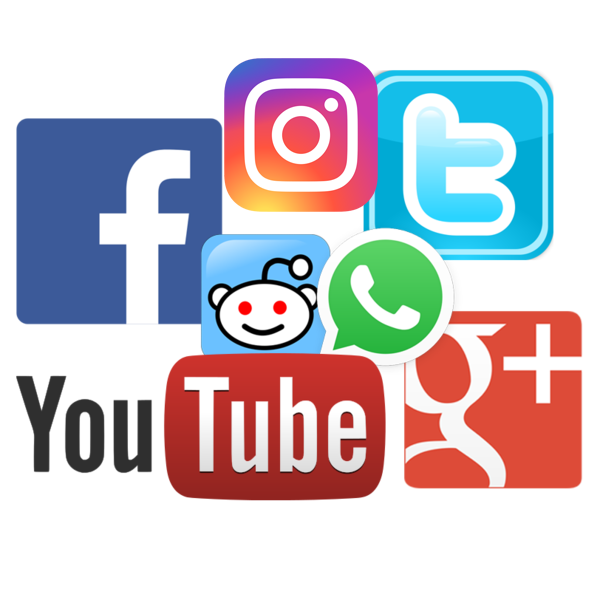 The use of mobile and web-based technologies as a mode of communication and interaction has greatly increased. This is due to the advantages associated with the use the various platforms available for virtual interaction such as social media platforms as well as a business platform. This brings together people who have a common interest and may be miles away from each other. Social media and social networking are some of the most common terms in this kind of interaction, and has overtaken traditional marketing methods. Despite the fact that people take them as the same thing, the two have major differences.

So What is Social Media?

This is the use of web-based technology as an interactive means, usually with a broad audience. In this scenario, everyone has an opportunity to create, share, distribute and engage in content. Some of the social media platforms include Facebook, Twitter, Instagram, and Snapchat. Blogs, videos, podcasts, and newsletters are some of the content types popular among the platforms.

The use of social media has various advantages;

It, however, has some disadvantages; 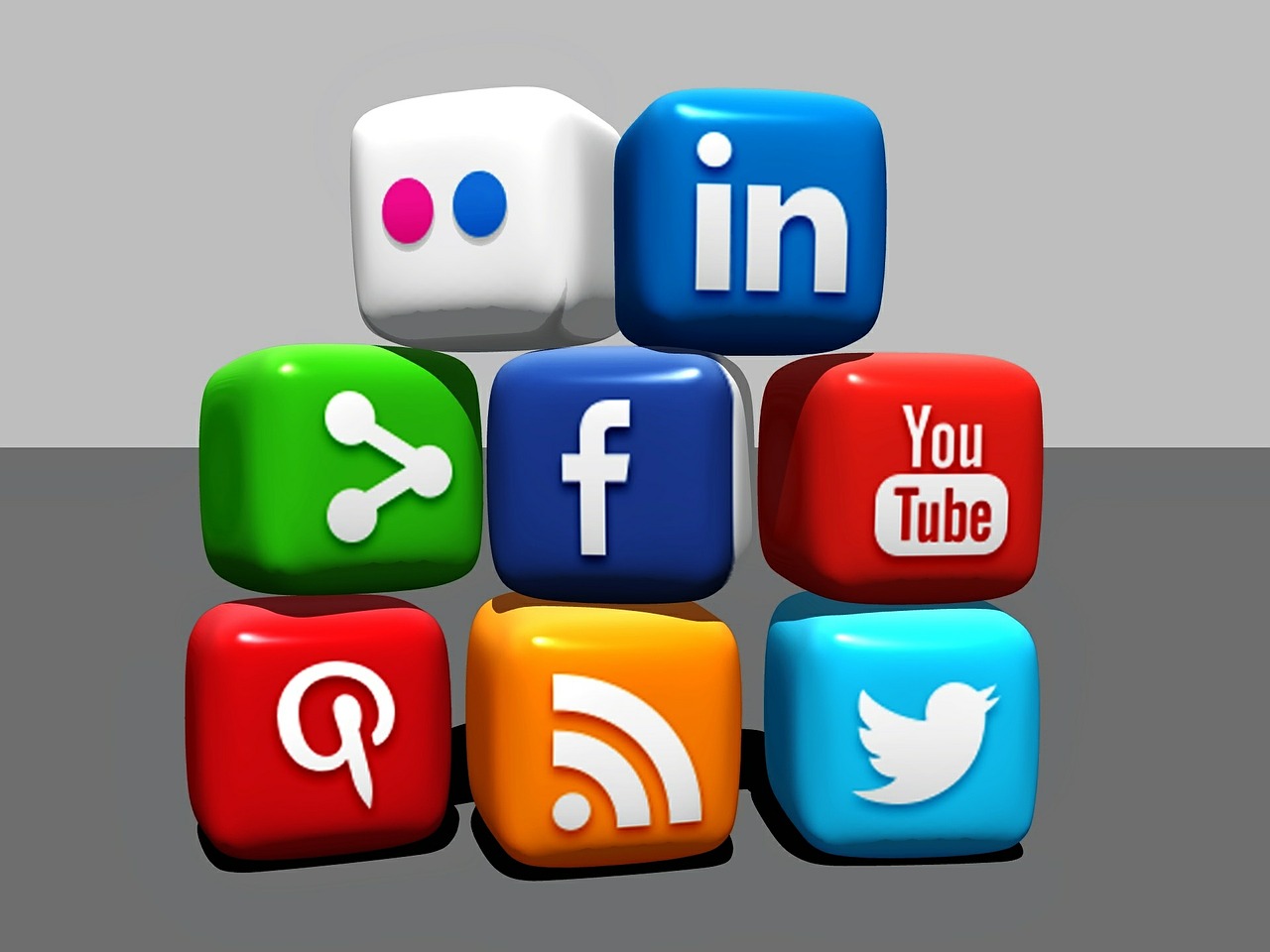 What is Social Networking?

This is the creation of both business and personal relationships and maintaining an interactive environment, with an aim of building a network. In social networking, profiles are built with personal details, and the content based on peoples interactions.

The use of social networking is advantageous in that;

It, however, has a few cons;

Similarities between Social Media and Networking

Both focus on online activity

Both depend on viral marketing to conveniently achieve set goals

Social media is the use of web-based technology as an interactive means, usually with a broad audience. On the other hand, social networking is the creation of both business and personal relationships and maintaining an interactive environment, with an aim of building a network.

While social media may not have a specific target crowd, social networking is very specific on the target crowd. 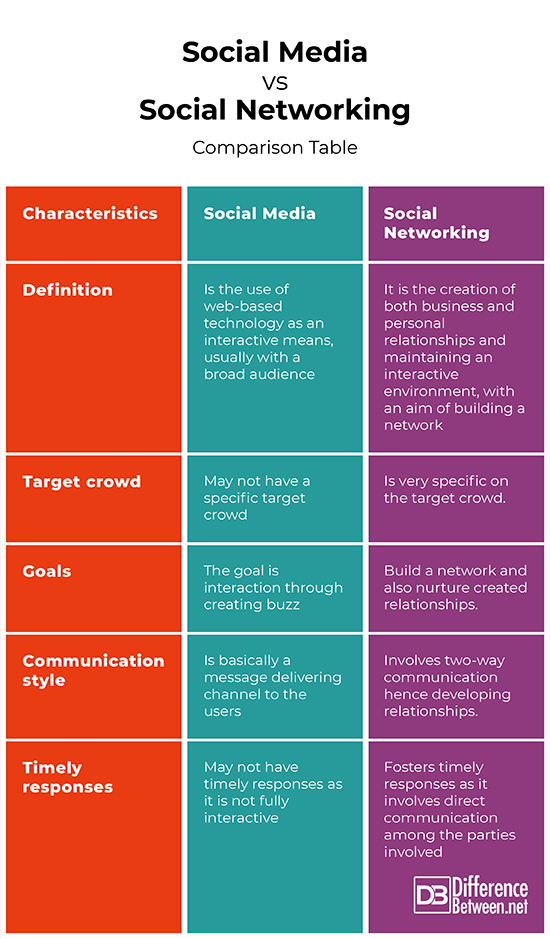 Tabitha Njogu
Tabitha graduated from Jomo Kenyatta University of Agriculture and Technology with a Bachelor’s Degree in Commerce, whereby she specialized in Finance. She has had the pleasure of working with various organizations and garnered expertise in business management, business administration, accounting, finance operations, and digital marketing.
Latest posts by Tabitha Njogu (see all)
Share Tweet Pin Mail
Categories: internet, Technology
Tags: Social Media, Social Networking
previous post Difference Between Grams and Kilograms
next post Difference Between Nest and SimpliSafe