Difference Between Direct and Indirect Taxes 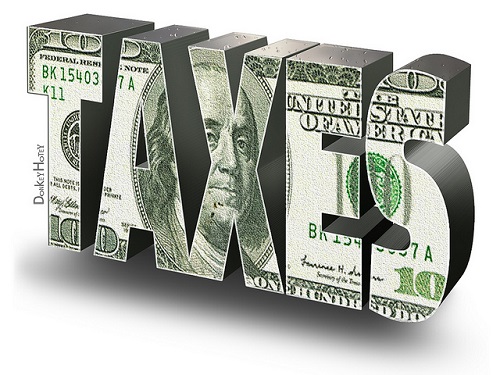 A tax is a compulsory monetary charge or some other type of levy that is usually imposed by the government or municipality to individual incomes, business profits, or added on some goods that are bought by the consumers. The money raised through taxation is used to fund various government expenditures, which include hospitals and construction of infrastructures among others. Direct and indirect taxes comprise some of the taxes that the government charges. However, there exist significant differences between direct and direct taxes as discussed below.

A direct tax is the money paid directly to the imposing authority which most of the time is the government or the municipal authority. Examples of direct taxes include the income tax, the corporate taxes, property taxes, and gift taxes.

An indirect financial charge that is collected by an intermediary from the ultimate bearer of the cost. The intermediary files a tax return later and submits the collected amount to the imposing authority or government. Some of the examples of indirect taxes include the value-added tax, the central tax, customs duty, service tax, and securities transaction tax among others.

Difference Between Direct and Indirect Taxes

The third difference is that one can evade from paying direct taxes while it is difficult for one to evade paying indirect taxes. People can fail to disclose their incomes and thereby not paying income taxes. Moreover, organizations have specific strategies that they use so that they can evade direct taxes to the government like declaring zero profits, paying much of their profits in dividends, or having huge debenture loans upon which the government is forced not to tax them. However, it is complicated for individuals or organizations to evade payment of indirect taxes because they are attached to most of the goods and services that people buy. This means that every time a person purchases a product or a service, he or she pays an indirect tax.

Both direct and indirect taxes have different impacts on inflation. Direct taxes help in lowering inflation within the economy because they reduce the purchasing power of individuals but getting a significant proportion of their incomes. This results in a fall in aggregate demand because people do not have disposable income that they can use to demand goods and services available in the market. On the other hand, indirect taxes play a significant in increasing inflation within the economy. Since the more people purchase, the less the indirect taxes they will pay, they are therefore encouraged to purchase more leading to an increase in aggregate demand that can result to inflation if there is no proportionate supply of goods and services demanded.

Despite being easy and less technical to collect, indirect taxes cover a wide coverage and a huge number of people because they are taxed on any person buying goods and services that are highlighted in the value-added tax bracket. However, direct taxes cover a small proportion of people who are employed because it is charged on income. Besides, very few organizations are taxed because many businesses are registered as sole proprietors, and they are taxed together with the income of the individual while some are not even registered making it hard to tax them.

A Summary of Differences Between Direct and Indirect Taxes