Difference Between Catholic and Christian 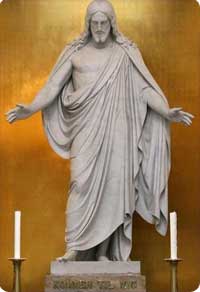 Christianity is a religion based on the basic premises relating to Jesus of Nazareth who is considered the Son of God. Catholicism is one of the several denominations of the main Christian faith and has the largest followers among all the Christian sub-faiths of Lutheranism, Protestantism etc.

Catholics believe in the seven sacraments (holy moments) but other Christian denominations do not recognize all the sacraments. The seven Sacraments for Catholics are Baptism, Eucharist, Confirmation, Marriage, Ordination, Reconciliation/Confession and Anointing of the Sick.

Catholics also assert that Saint Mary, Mother of Jesus was the greatest saint and did not sin but other Christians like Protestants do respect Mary as Jesus’ mother but believe that she sinned like anyone else. While Catholics believe Mary’s resurrected body went to heaven immediately, other Christians believe that the body was buried.

Catholics also believe that Man retained some goodness even after the Fall in the Garden of Eden but most of other Christian sub-faiths teach that Man fell into complete depravity after the Fall.