Difference Between Absolutism vs Constitutionalism 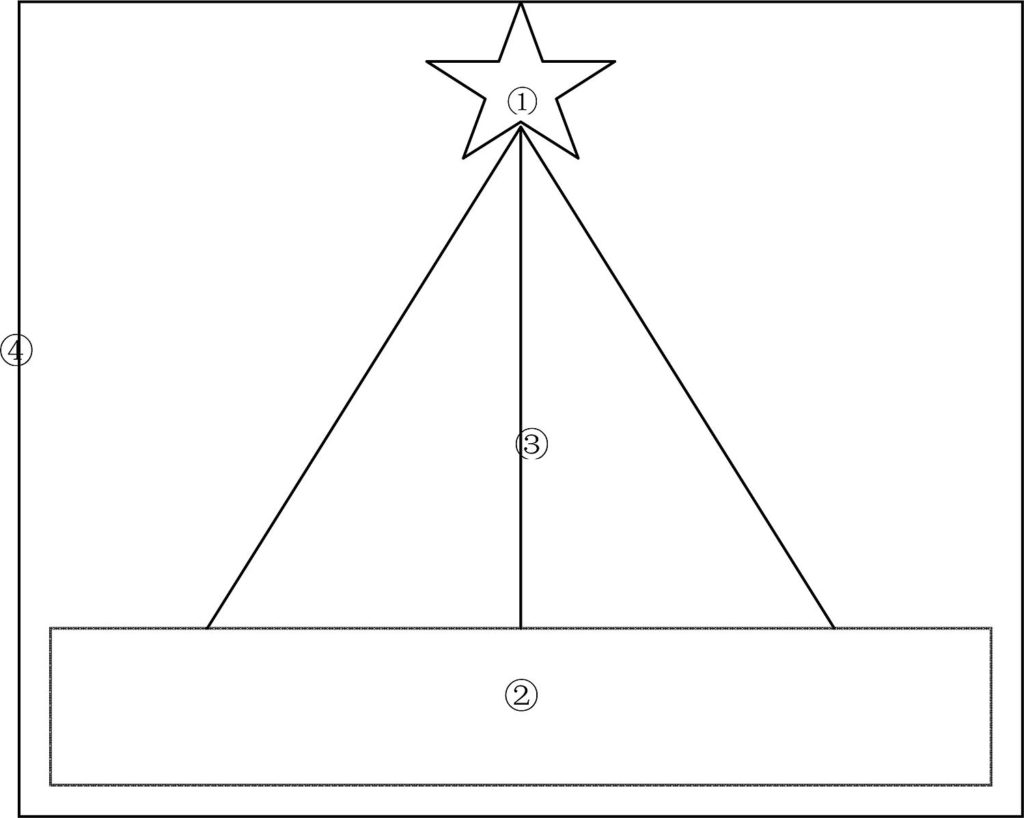 The term Absolutism finds its roots in the works of famous political philosopher Jean Bodin later Thomas Hobbes built on the arguments of Jean Bodin. His works lead to the formulation of absolutist theory derived from the concept of c. According to this theory, “not only must all states be sovereign (or they are not the states), but sovereignty therein must be unlimited and undivided (or it is no longer sovereignty)” (Hoekstra 1079). In other words, absolutism gives unlimited and uncontrolled power in the hands of monarch in the name of “divine’s right to rule”. 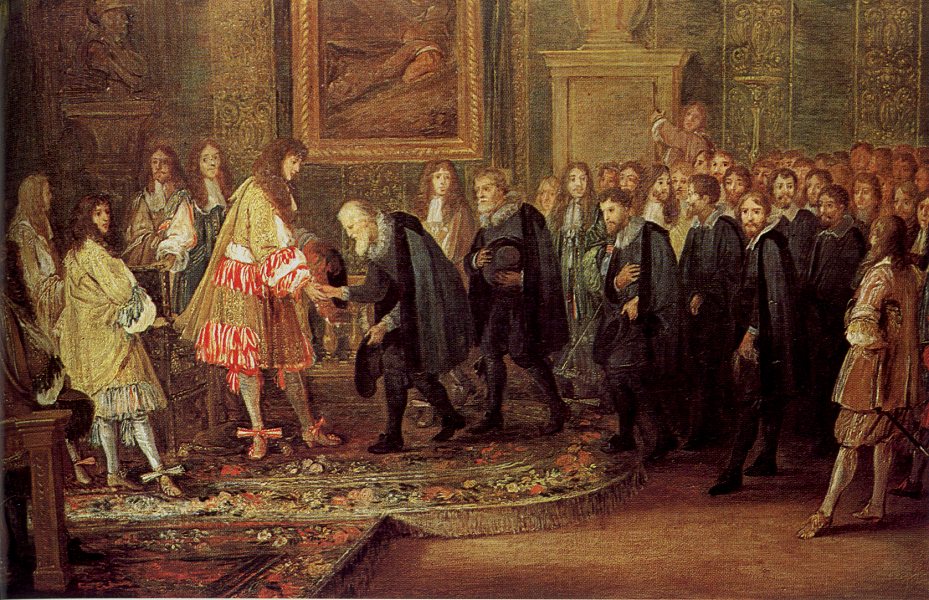 There are certain characteristics implicated by absolutism:

Traditionally, absolutism has typically been seen as the triumph of the ‘state’ over society – new bureaucracy, loyal army, centralized royal power (Black 39).

The stress on religion and ideology is a helpful one as it provides a new basis for understanding absolutism in terms of cooperation between crown and aristocracy, rather than in terms of a hostile relationship between ‘state’ and society, in which coercion played an important role and the localities and aristocracy sought to act without reference to the crown (Black 39).

From fifteenth century to eighteenth century Absolutists states were prevalent in the Europe until their power was dissolved. France, Prussia, Spain, Austria, some areas of central Europe, Russia, Ottoman Empire, some territories of England. 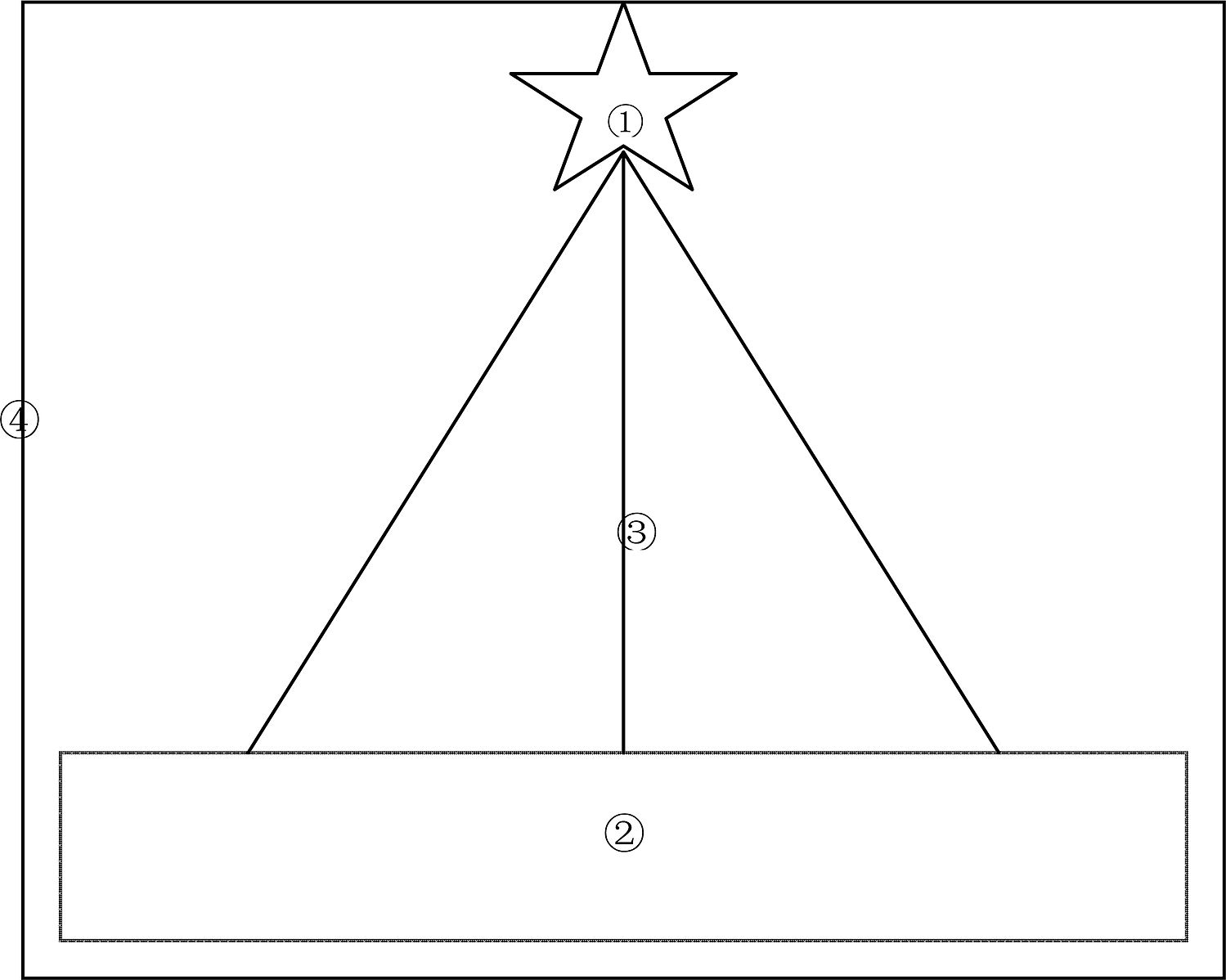 The conceptual basis of constitutionalism finds its basis from the political theories of John Locke where he questioned the unlimited power of the sovereign. According to his theories, “government can and should be legally limited in its powers, and that its authority or legitimacy depends on its observing these limitations” (Waluchow 1). Constitutionalism constricts the unlimited power of sovereign by regulating the system through constitution.

Constitutionalism possess certain characteristics some of them are given below:

In ancient times, Roman empire is an example of Constitutionalist state. “In Roman empire the word in its Latin form became the technical term for acts of legislation by the emperor, and from Roman law the Church borrowed it to ecclesiastical regulations for the whole Church or for some ecclesiastical province” (McILwain 25). In modern world, innumerable countries operate in accordance with this system.

Similarities between Absolutism and Constitutionalism:

Differences between Absolutism and Constitutionalism: 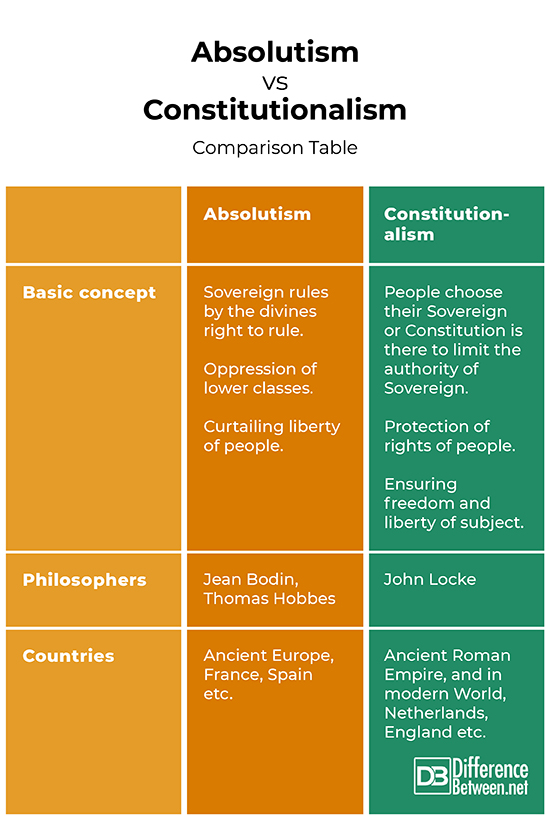 Summary of Absolutism Vs Constitutionalism:

Absolutism and Constitutionalism in Political philosophy account for the system of government.

Both found their roots in fifteenth century where in France a few families were kept in power by the putting forth the argument that they have been chosen by God and hence are superior to others. They exhibit their absolute authority and exploited the lower class until John Locke questioned the idea of infinite power and the concentration of power in a few hands. According to him, there is a limitation to the rights and authority of sovereign. So, constitutionalism divides this power in certain institutions which then operates according to the constitution made by keeping in view the benefits of the people while ensuring their liberty and protection. Constitutionalism provides the basis for “the rule of law” where no one can be above the rule of law.