Difference Between Weed and Hash 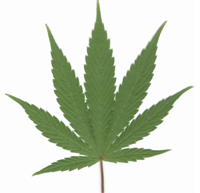 Weed aka Grass aka Pot aka Marijuana aka Marihuana aka Mary Jane aka Dope aka Ganja aka Reefer comes from the same plant as Hash aka Hashish aka Charas aka Stuff aka Manali aka Cream. That plant is Cannabis Sativa.

Definition of Weed and Hash

A Brief History of Weed and Hash
The Cannabis leaf is kind of like in the shape of Canada’s flag-symbol. But green. The green mean peace machine gained hype in the 60s Hippie Movement though it has been around in India and China for Centuries and Millennia. Weed is some say ‘completely harmless’ and hash ‘almost harmless’, which is of course in comparison to Alcohol and Cigarettes.

Like the Lotus plant has many uses for all its parts (root is eaten and flower used as decoration), Cannabis also has many uses. It was discovered in China centuries ago to make paper, hemp cloth and bags. It is mainly used for two uses today ‘“ to make Weed and Hash.

World over Legalisation and Medical use activists are gaining ground, demanding legal use of the herb they claim has wonderful medicinal and healing properties. The US went on a banning spree in the 60s when it made many countries accept the criminalization of Cannabis.

Although both the above are classified as Soft ‘Drugs’, till date no over dose death case has been registered. People hardly seem to go out and cause road accidents when DUP (pot*) as compared to thousands in DUI globally. Many countries have mock slap-on-the-wrist kind-of fines while some the death penalty, which is quite a range when it comes to the level of criminalization on Cannabis.

Uses of Weed and Hash
It is banned is many parts of the world with notable exception in Amsterdam. Many places world over have started legalizing it in the garb of medical use through Govt. Operated ‘shops’.

Examples of Weed and Hash

Summary
1.Weed is a dried up leaf of a plant while hash is mashed up resin of the leaves.
2.Hash is stronger than weed.