Difference Between Amphetamine and Dextroamphetamine 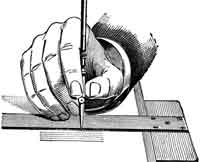 Dextroamphetamine is a dextrorotary stereoisomer of the real amphetamine molecule. Â It acts as a stimulant that works in increasing wakefulness and decreasing fatigue and at times appetite. Â It is the right handed stereoisomer of amphetamine, the other side being called the levoamphetamine. Â Amphetamine is also a stimulant that acts by increasing the heart rate and the blood pressure to create a more active output from the person taking the medication. Â The medication is mostly used to treat Attention Deficit Hyperactivity Disorder and brain injury in accidents. Â On the other hand, the dextroamphetamine is more used for treatment of ADHD alone. Â The amphetamine drugs were created in 1887 by a Romanian chemist by the name of Lazar Edeleanu in Germany. Â Dextroamphetamine was discovered and developed for use under the chemical name of “phenylisopropylamine” also by Edeleanu. Â In the 1970s, the discovery of normal use of the drugs leads to the assumption that it can be quite an addictive medication that can be abused with a constant and regular use.

When it comes to contraindications, the amphetamine is noted to increase cardiac output and blood pressure. Â Thus, this drug is often prohibited for use by people who are suffering from heart diseases and hypertension. Â There are some indications that people who take the drugs together with MAOI or monoamine oxidase inhibitors can lead to life threatening situations. Â Another effect or contraindication of the drugs is that it can lead to an excessive mydriasis or the increased dilation of the pupils. Â On the other hand, the dextroamphetamine is noted to have contraindications of advanced arteriosclerosis, symptomatic cardiovascular diseases, hypersensitivity and glaucoma. Â It is also noted that persons who have taken MAOI drugs with the dextroamphetamine can have effects of hypertensive crises.

Amphetamine comes in various forms such as powders, crystallized forms, and rock formations. Â It may also come in pills and some substance forms that can be mixed with water. Â The dextroamphetamine, on the other hand, comes in the forms of pills and tablets. Â The variances of the application for the amphetamine are dependent on the usage it will be put to. Â This is because the drugs are often seen as performance enhancers that can increase the level of activity of a person. Â Athletes use the drug as a way to keep their physical well-being and awareness on a top level. Â The dextroamphetamine, on the other hand, is well-accepted and recommended for use by the US Air Force for their pilots as a way to give them alertness and awareness when traveling on long missions.