Difference Between Malaria and Dengue 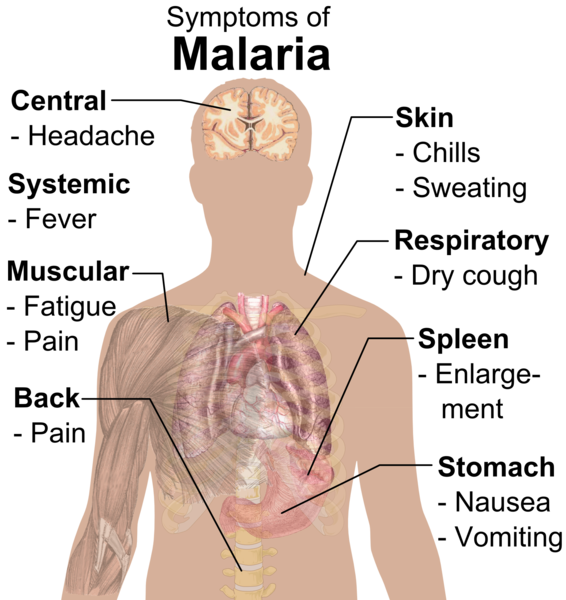 What are Malaria and Dengue?

Both Malaria and Dengue are mosquito borne diseases. These two infections are common in tropical and subtropical regions and cause high morbidity and mortality for many patients around the world.

It is an infectious disease caused by a protozoan parasite belonging to the Plasmodium family and is usually transmitted by the bite of the Anopheles mosquito or by an infected needle or transfusion. 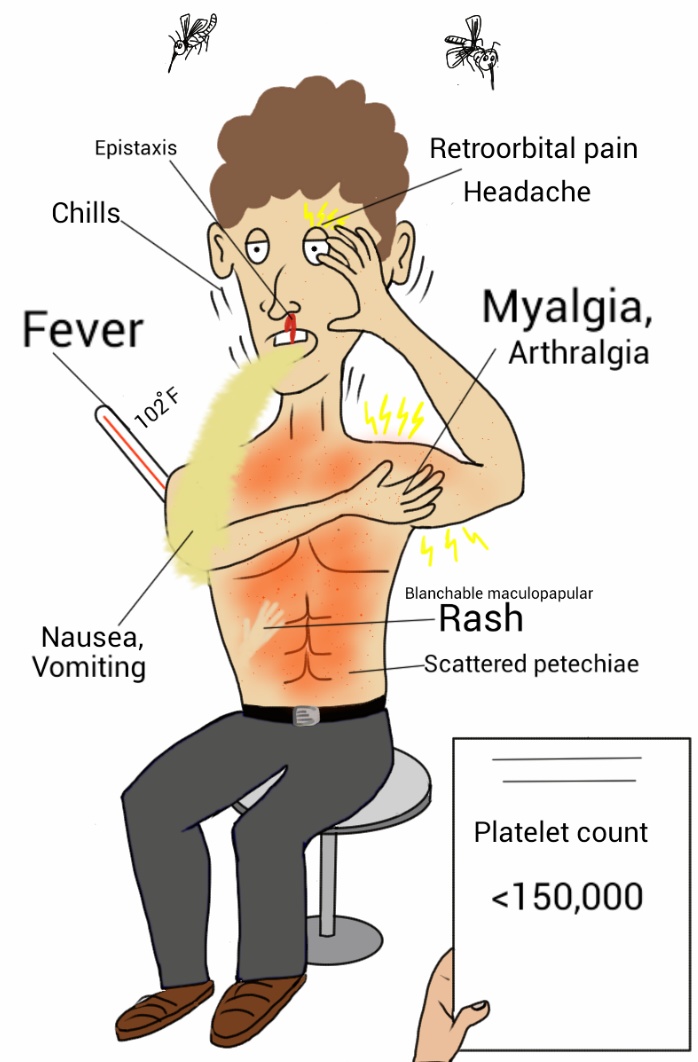 Dengue is a mosquito-borne viral infection. The infection results in flu like fever and illness, and at regular intervals of time, develops into a conceivably fatal complication known as severe dengue. The global incidence of dengue has grown dramatically in recent decades.

Difference between Malaria and Dengue

It is a fatal mosquito-borne blood disease caused by protozoan parasite. It results in an intermittent and remittent fever

Dengue is a weakness causing viral disease of the tropics, caused by mosquitoes, and results in sudden fever and acute pains in the joints.

Malarial fever is transmitted by the bite of a female anopheles mosquito. The fever can only spread by the bite of the mosquito unlike dengue. The malarial mosquito usually becomes active and bites during the night.

Dengue is diffused by an infected Aedes aegypti mosquito bite. It can be further spread if another mosquito attacks the infected person and then spreads it to some other people. The mosquito attacks during the day time.

Widespread in Sub Saharan Africa. However, Asia and Latin America are also affected. To a lesser extent, some parts of Europe and Middle East are also impacted. The location is predominantly rural.

Widespread in tropical and subtropical regions. It is endemic in more than hundred nations in Africa, Eastern Mediterranean and the Americas, Western Pacific and South –East Asia. The location is predominantly urban.

Dengue is an acute fever causing disease caused by the viruses transmitted by Aedes mosquito the dengue viruses i.e. DENVs, consist of 4 serotypes (DENV 1 to 4), which are members of the flaviviridae family, genus flavivirus. All 4 DENV serotypes have surfaced from sylvatic strains in the forests of South-Eastern part of Asia.

Typically, ten to fifteen days after being bitten by the mosquito.

The incubation period ranges from three to fourteen days after the infected mosquito bites, with an average of four to seven days.

Only through Aedes mosquito.

No vaccines available. However, antimalarial drugs are available. It is better to protect and safeguard yourself against mosquito bites.

The most common antimalarial medications are:

No vaccine is available. However, to be safe, just avoid mosquito bites. Acetaminophen, Tylenol, etc can bring down dengue pain and reduce fever. Adequate fluid intake is recommended.

Life-threatening complications because of malaria infection with Plasmodium falciparum may include:

Summary of Malaria vs Dengue

The points of difference between Malaria and Dengue have been summarized below: 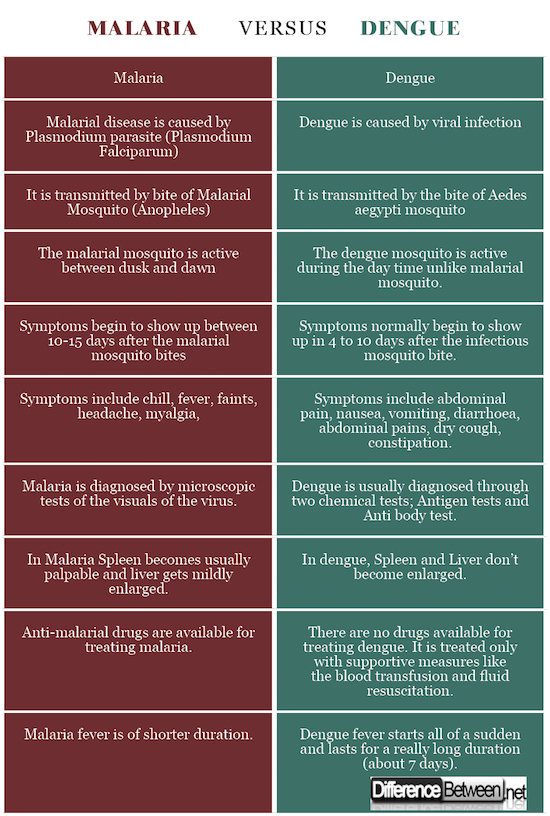