Difference Between Love and Lust 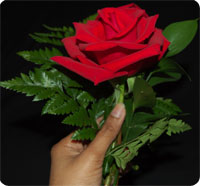 Love and lust are the two most confused concepts in all cultures around the world. And, yet, reams and reams of literature, innumerable works of art and scores of music have been created on these two concepts.

To begin with, while love isÂ  mainly a spiritual and mental feeling, lust is purely based on a physical need. Unfortunately, this where most young people around the world trip. Confusing a physical feeling of lust as an attraction based on genuine emotion emanating from the heart and soul as love leads many young people to marry in haste and regret later.

Love requires discipline and commitment while lust needs no such positive attributes to manifest. Love is focused on the growth, improvement and comfort of the person who is the object of love. On the other hand, lust is focused on the satisfaction of the self and that too, mainly of the physical kind. Though, it may not necessarily be physical alone. Since love requires a commitment, a certain amount of discipline is necessary because you cannot harm the person you love whether physically or emotionally. In lust, no discipline is maintained as the person who is the object of lust becomes a subject of utility to be discarded once the purpose of self-satisfaction is fulfilled.

True Love inspires only positive emotions of joy, peace, serenity and friendship. Love becomes the fountainhead for individual progress and supports the universal positive attributes. On the other hand, lust inspires negative emotions though, a short-term feeling of exhilaration may be confused with love.

According to Eastern traditions of philosophy, love for an individual can translate into a universal love for all mankind and a higher love for god. While, lust can only translate into further depravity. While love leads to spirituality, lust leads to materialism. While love is an evolutionary positive force, lust is a destructive negative force.