Difference Between MiRNA and SiRNA 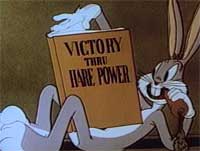 Molecular biology is a branch of biology that deals with genetics and biochemistry. It is also concerned with the understanding of how a cell works and how the different molecules, specifically macromolecules of a cell, interact with each other and perform each specific function for the body of living organisms.

There are three major macromolecules that are important to all living organisms, namely:

Deoxyribonucleic acid (DNA) which contains genetic instructions that are used in the development of all living organisms. It is considered as the repository of genetic information.
Proteins which are biochemical compounds which are the major structural component of cell molecules and are important to metabolism.
Ribonucleic acid (RNA) which is an important factor in restricting gene expression, mobilizing biological reactions, and in perceiving and transmitting of cellular signals. It is composed of a chain of nucleotides that allows RNA to encode genetic information just like DNA.

There are several types of RNA with different functions: messenger RNA (mRNA) which carries information to the protein factories of the cell, transfer RNA (tRNA) which transfers amino acids to the protein synthesis site, ribosomal RNA (rRNA) which catalyzes ribosomes, and transfer messenger RNA (tmRNA) which tags proteins encoded by mRNA.
There are also RNAs that are complimentary to mRNA and a gene’s downregulation (DN), two of which are MicroRNA (miRNA) and small interfering RNA (siRNA). miRNA is a natural molecule which is single stranded with 22 nucleotides and can be found in eukaryotes.
It acts through RNA interference (RNAi) wherein its effector complex together with enzymes break down mRNA and silence gene activity, block its translation in both plants and animals, and hasten its deterioration.
siRNA, on the other hand, is either a natural or a synthetic and double-stranded molecule that has 22 to 23 nucleotides which also act through RNA interference (RNAi). It is produced by the breakdown of the RNA of a virus. When it is incorporated into RNA induced silencing complex (RISC), RNase is activated and causes the cleaving of RNA which is essential in the body’s defense against viral infections.
Whereas miRNA is specifically encoded for genome and binds imperfectly at several sites, siRNA binds at a single site and forms a perfect match with its target. miRNA functions in gene regulation while siRNA functions in gene silencing.
Summary: