Difference Between Contamination and Pollution 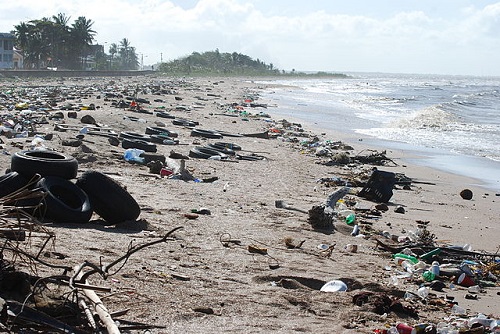 Most people use the terms contamination and pollution interchangeably as they both deal with unwanted elements.

The substances that cause pollution are termed as “pollutants” while those that lead to contamination are called “contaminants”.  For instance, a waste material in a river may be called as a contaminant or a pollutant.

Another similarity is the remediation process. The clean-up steps for pollution are identical with that of contamination. Moreover, they are linked in a way that the introduction of harmful contaminants leads to pollution.

However, pollution is regarded with more negativity due to its more perilous impacts as compared to contamination.  Indeed, these occurrences are interconnected and comparable; yet, they still have notable differences.

Contamination happens when an external material gets mixed with the original matter or area. For example, the mixture of ink with drinking water may already be termed as contamination. Contaminants may be chemical, biological, or radiological in nature.

Hence, they may be harmful or not. The following are various fields which are commonly particular regarding contamination:

The intrusion of an impure chemical, which results to a chemical reaction, causes the contamination. Regarding food chemistry, contamination occurs with the presence of pathogens (disease-producing agent).

Radiation contamination occurs when there is an undesirable level of radioactive particles in a certain area including the human body. For instance, some locations are highly restricted due to the residual radioactive materials from nuclear plants.

Contamination happens when the evidences in an investigation or crime scene gets tampered with unwanted substances such as hair strands, DNA, and finger prints.

Forming blends and replacing linguistic forms are termed as contamination. For example, the earlier word which is “femelle” was altered by “male”. Hence, the word “female”.

Pollution is particularly dealing with waste materials which harm our air, water, soil, and space.  It occurs when the contaminants reach an alarming number. The following are the forms of pollution:

Harmful compounds such as chlorofluorocarbons (CFCs), carbon monoxide, and sulfur dioxide get mixed with the atmosphere which lead to deleterious effects such as the depletion of ozone layer and respiratory problems.

Discharge or spillage of waste into different bodies of water cause the destruction of marine life.

Pesticides, heavy metals, plastics, and other substances get mixed with soil and generally lessens its fertility.

With the rise of industrialization comes the utility of extremely bright lights that results to astronomical interference and over-illumination.

Being consistently exposed to harmful noise from aircraft, trains, sonars, and other basically industry-related activities may result to auditory problems as well as psychological issues like depression.

The following are the two basic kinds of pollutants:

Differences between Contamination and Pollution

The degree of damage is typically higher among pollution cases as compared to contamination since pollutants often disturb ecosystems. On the other hand, contaminants do not usually inhibit life cycles. For instance, water pollution due to mercury kills marine life while water contamination due to a fecal matter does not pose much danger.

Pollution is caused by man whereas contamination may be brought about by man or contaminants may be inherently present in the environment. For instance, pollutants are commonly present in the byproducts of manufacturing industries while contaminants are already in the soil, water, and animal wastes.

Pollution can be due to chemical substances or energy such as light and sound. As for contamination, it is generally confined to substances.

Due to its graver impact, pollution is more associated with monitoring regulations as compared to contamination. For example, the Clean Air Act has been adapted in a number of countries to prevent and reduce smog and other forms of atmospheric pollution.

As compared to pollution, contamination is more often linked with the presence of foreign matter since a pollutant may actually be a part of the original material which has reached a harmful level.  To illustrate, carbon dioxide (CO2) is naturally occurring in the atmosphere. However, pollution would occur if the CO2    level would abnormally increase in a certain area.

The term contamination is more likely associated with infectious disease than pollution. For instance, unhealthy blood samples, cell lines, and genes may be medically termed as “contaminated” with certain virus or bacteria.

Summary of Contamination vs Pollution