Difference Between Gout and Tendonitis 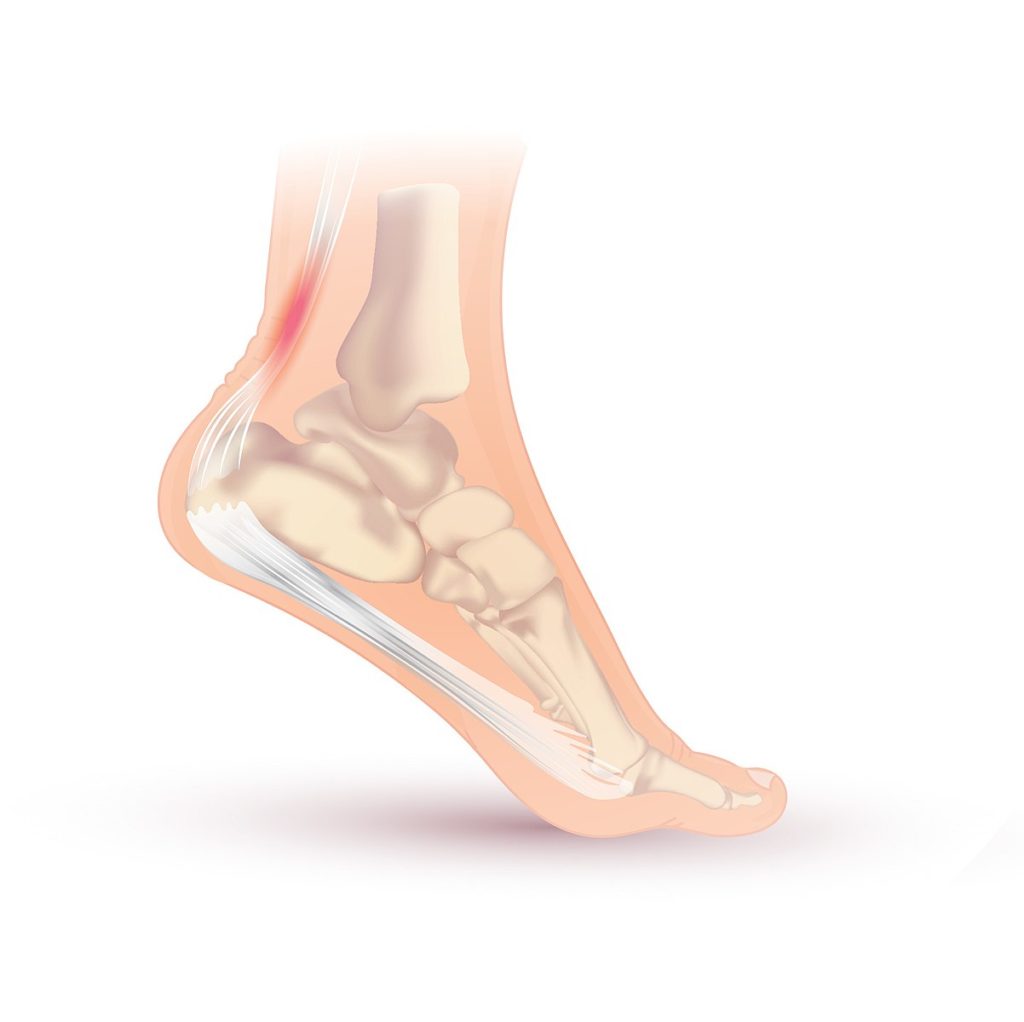 Gout is an illness that is characterized by pain in the joints as a result of the deposition of uric acid crystals. Tendonitis is a condition in which one or more tendons of the body become inflamed often due to an injury or repetitive motion. 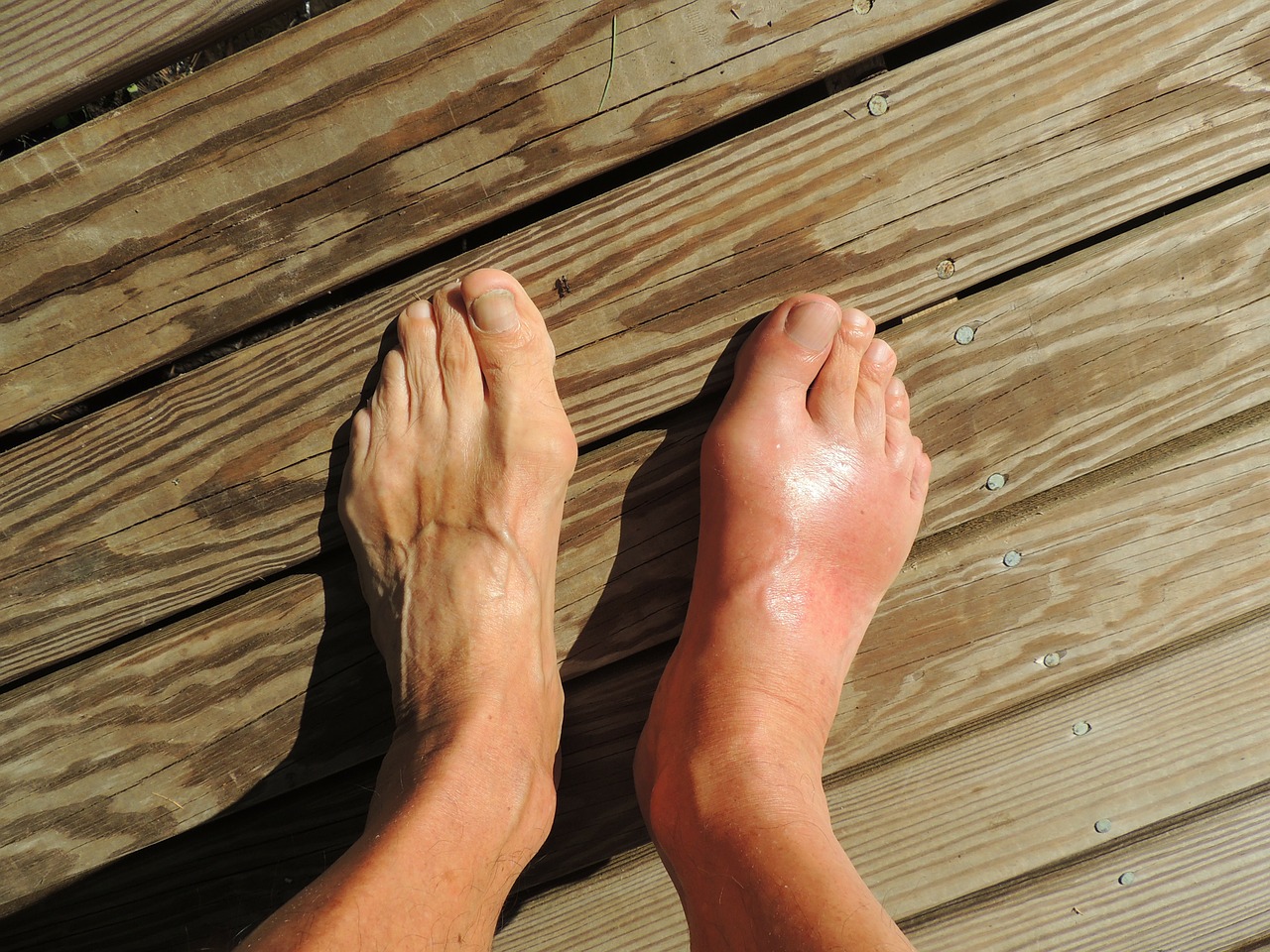 The symptoms of gout include joints that not only ache but are also often swollen and red. The condition can be diagnosed by examining a sample taken from the synovial cavity. This fluid will often have uric acid crystals present if the person has gout. Occasionally lesions on the bone may be seen when X-rays are taken of the joints.

Hereditary factors may play a role in determining why gout occurs. The kidneys usually excrete uric acid but when this is not adequate a person then develops gout, which can be exacerbated by a diet high in purines.  Some medical conditions can also cause gout to occur, for instance, lymphoma and hemolytic anemia.

There are certain conditions that increase a person’s risk of developing gout. For instance, people who have kidney trouble, hypertension, hypercholesteremia, or diabetes are at higher risk of getting gout. Alcohol and dietary factors may also increase risk as can being obese.

There are complications that can occur if you have gout. Your joints may actually worsen and you may find yourself having kidney stones due to the high levels of uric acid crystals. Tophi may form under the skin. These are deposits of urates that can form.

People can try to reduce the risk of developing gout by following a healthy lifestyle and not eating too many foods, such as some types of meat, that are high in purines. They can also make sure to not become too overweight as obesity increases risk.

Treatment for gout includes methods such as applying ice packs and taking medications. The joint can also be splinted which may be helpful. The medications used are usually colchicine and corticosteroid medications, as well as anti-inflammatories.

Tendonitis is the condition in which the connective tissue known as a tendon becomes inflamed.

Symptoms include pain of the affected area that is made worse by movement. Tendonitis can be diagnosed after a doctor notes the physical symptoms and an ultrasound or MRI is completed. These diagnostic imaging techniques also help to eliminate other potential conditions that may be causing pain and discomfort.

The cause of tendonitis in many people is a physical strain that is especially due to the repetitive motion of the affected area. The tendon is the connective tissue that connects the muscles to bones so it is not surprising that the tissue can become strained from overuse. In some people, the tendons can also become inflamed because they have gout.

One of the biggest risks for tendonitis is playing a sport in which there is repetitive motion. For instance, sports such as tennis or baseball where a person has a repetitive swinging motion. Traumatic injuries may also increase a person’s risk of tendonitis.

Tendonitis can lead to complications in which the tendon deteriorates and degenerates. It may also lead to rupture of the tendon if left untreated. This is a problem since a ruptured tendon will need surgical intervention in order for it to be fixed.

Individuals can help prevent the development of tendonitis when playing sports, by learning the correct techniques and also by taking frequent rests to avoid straining the muscles and tendons. There are also stretching methods that can be done to warm up before exercising.

Treatment can involve keeping the affected limb still, so for instance, using a sling to keep the arm immobile while the tendon heals. Applying heat or cold can help with inflammation, and taking pain killers such as non-steroidal anti-inflammatories (NSAIDS) can also be useful in treating the pain.

Difference between Gout and Tendonitis?

Symptoms typical of gout include joints that are red, swollen and painful. Symptoms of tendonitis include pain in the limb, especially when moving the region.

Parts of the body affected

Gout is caused by the kidneys not eliminating enough uric acid, which can be because of another medical problem. Tendonitis is most often the result of repetitive motion due to work or sport but can be caused by gout in some cases.

The possible complications of gout are the development of tophi and kidney stones. The complication of tendonitis is rupture of the affected tendon.

Gout may be treated using pain medicines that also reduce inflammation and by using colchicine. Tendonitis can be treated with anti-inflammatories and keeping the limb immobile.

Summary of Gout Vs. Tendonitis