Difference between an infant and a toddler

There is various terminology used for the different stages of a child’s growth.  The word ‘child’ is not necessarily age specific.  Although it refers to a young person, it can even perhaps mean a grown son or daughter.  For example:  No matter how old you are, you are always the child of your parents.  However when compared to ‘adult’ it refers to a young person that is not yet fully mature.  The word ‘baby’ refers to a young child usually under a year old, but it is as well not specific.  It takes on the casual meaning of a term of endearment or to mean younger in general according to usage.  For example:  My you 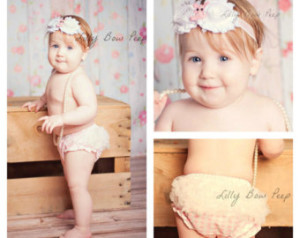 ngest sister is the baby of the family.  With the non-specific usage of these words, other terms have become more age-specific in usage.

Starting from birth, a baby is considered a newborn.  According to most medical professionals, this refers to a baby from the first to the 28th day of life.   Then, the term ‘infant’ is applied to the baby.  However it can be noted, that ‘infant’ does apply to a child from birth until the first year, so it can be used synonymously with ‘baby’.  The word ‘infant’ is derived from a Latin term, ‘infans’, which means unable to speak.  At this stage of a baby’s development they are completely dependent on adults for all needs and care.  After the baby reaches a year of age, with normal development, this changes.

The word ‘toddler’ comes from the word ‘toddle’.  ‘Toddle’ means to walk with short uncertain steps.  Anyone that has been around a baby that is learning to walk understands how this applies to the tottering or wobbly first steps they take.  This highlights the change from the infant stage.  After about a year, a baby begins to learn to move on its own, communicate and feed itself.  Although each child develops differently, a year is set as a guideline for when a helpless infant transitions into a more independent toddler.  The toddler stage last for about two years until the child matures into being able to completely walk, talk, feed and do simple tasks for themselves.  At this point, the youngster is no longer considered a ‘toddler’, but a ‘child’.

So put simply, an ‘infant’ is a baby under a year old.  A ‘toddler’ is a young child over a year of age that is leaving the ‘baby’ stage of life and learning to walk and talk.  Once the child reaches the age of three year old, it is usually not considered a ‘toddler’ anymore, but a ‘child’.