Asthma is a condition in which the airways become inflamed causing the bronchial tubes to constrict. Excess mucus is also often produced and the person struggles to breathe. Asthma should be taken seriously as it can kill a person if not controlled.

Symptoms of asthma include a feeling of tightness in the chest, cough, and difficulty breathing. Patients often have wheezing and a slight drop in systolic blood pressure when breathing in (usually the decrease in blood pressure is about 10 mmHg). Breathing rate and heart rate often speed up. Some patients have worse asthma symptoms at night.

The diagnosis is made based on both a physical exam and tests of lung function. The lung function tests include spirometry to see if airflow is restricted. Provocative testing is also sometimes done in which patients inhale a substance like histamine, and the amount of bronchoconstriction is then noted. In addition, diffusing capacity for carbon monoxide (DLco) tests and allergy tests may also be done.

Asthma can be caused by an immune system response to allergens such as mold, dander, or pet dander. Other irritants such as cigarette smoke or perfumes can also worsen asthma. In some people asthma is triggered by exercise. Respiratory infections and some medicines such as aspirin or ibuprofen can also trigger an asthmatic attack in some people. Asthma occurs more often in boys and is more prevalent in cities than in rural areas, and it is more common in developed nations. More than 50% of first time attacks occur in childhood. Individuals who are prone to asthmatic attacks are more likely to have worse symptoms if they contract a respiratory infection.

Asthma attacks can be prevented by knowing what factors trigger the attacks for a person, and avoiding these triggers. Using HEPA filters in houses can help reduce the number of airborne irritants that may cause an allergic response and an asthma attack. Inhalers that contain beta-2 antagonists can help to relax and open up the airways. Corticosteroids, mast cell stabilizers and leukotriene modifiers can help with the inflammation as well. 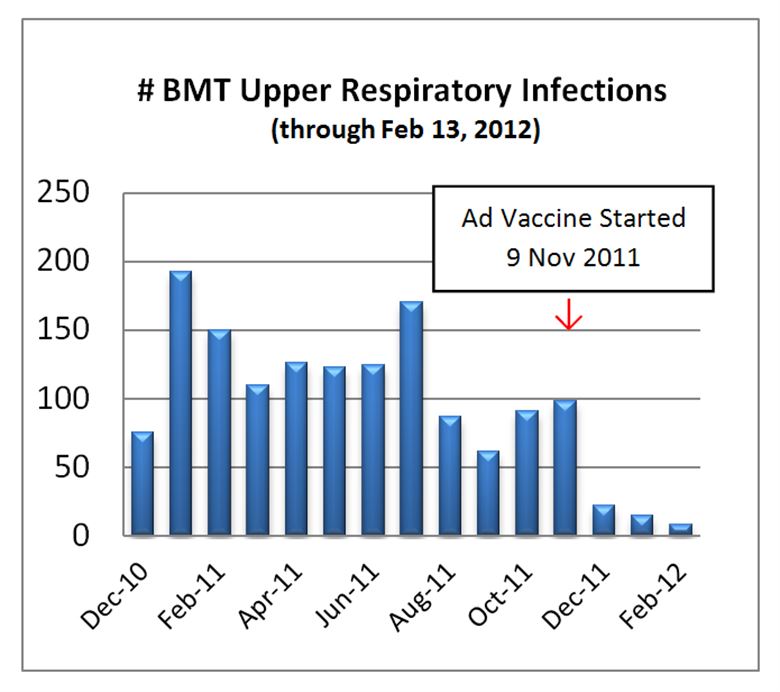 What is Upper Respiratory Infection?

An upper respiratory infection is usually a contagious condition in which bacteria or viruses affect the upper parts of the human respiratory system which includes the throat, the sinuses and the nose.

Symptoms of upper respiratory infection vary but usually include a runny or congested nose, fever, sneezing, coughing, and often a sore throat.

The cause of upper respiratory infections is most often viral. These infections can be caused by viruses such as those that cause the common cold or influenza. Viruses implicated in such upper respiratory tract infections include respiratory syncytial virus, parainfluenza, influenza, rhinovirus and adenovirus. People who have a compromised immune system are also at higher risk of catching these viruses and becoming ill.

One way to help reduce the chances of catching a virus or bacteria is to wash your hands often and avoid contact with people who are ill. Being vaccinated against the flu virus can help prevent upper respiratory tract infections that occur due to influenza. Treatment of infections, particularly if viral, is symptomatic and aimed at relieving symptoms. Patients can be given medicines to reduce fever and pain, expectorants, cough suppressants, and antihistamines.

Asthma is an inflammatory condition in which the bronchial tubes become constricted making breathing difficult. Upper respiratory infections are infections of the nose, throat and sinuses that are caused by contagious bacteria and viruses.

Symptoms of asthma include difficulty in breathing, wheezing, coughing, fast heart rate and breathing rate, and often, a slight drop in blood pressure when breathing in. Symptoms of upper respiratory infections include coughing, runny or congested nose, sore throat, and fever.

Asthma is diagnosed using a physical exam, along with lung function tests such as spirometry. Diffusing capacity for carbon monoxide (DLco) tests and allergy tests may also help to detect asthma. Upper respiratory infections are diagnosed by physical exam and noting the symptoms.

Asthma is caused most often by a person reacting to airborne allergens and irritants, but it can be induced by exercise in some people. Upper respiratory infections are caused by some bacteria, but mostly by viruses such as influenza, rhinovirus, parainfluenza virus, adenovirus and respiratory syncytial virus.

Asthma is best prevented by avoiding the triggers that cause it. Upper respiratory infections can be prevented by washing hands often, avoiding contact with sick people and by obtaining a flu vaccine every year.

Asthma is treated by inhalers containing beta-2 antagonists; as well as medicines such as corticosteroids and leukotriene modifiers. Upper respiratory infections are most often treated symptomatically with pain and fever reducers, cough suppressants, expectorants and antihistamines.