Difference Between Collagen and Keratin 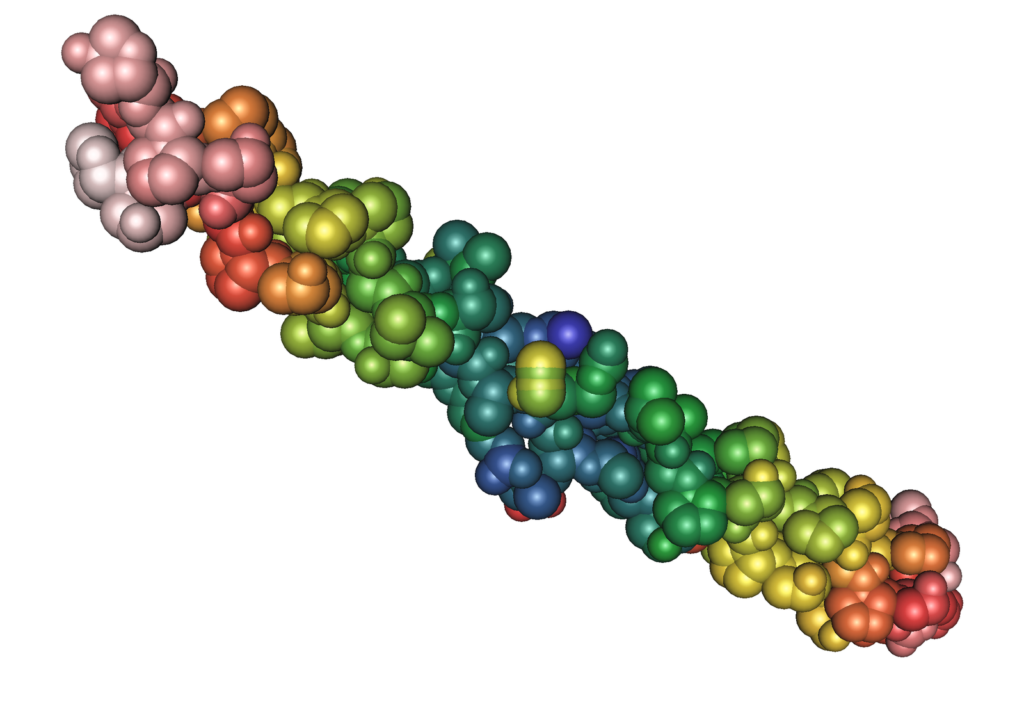 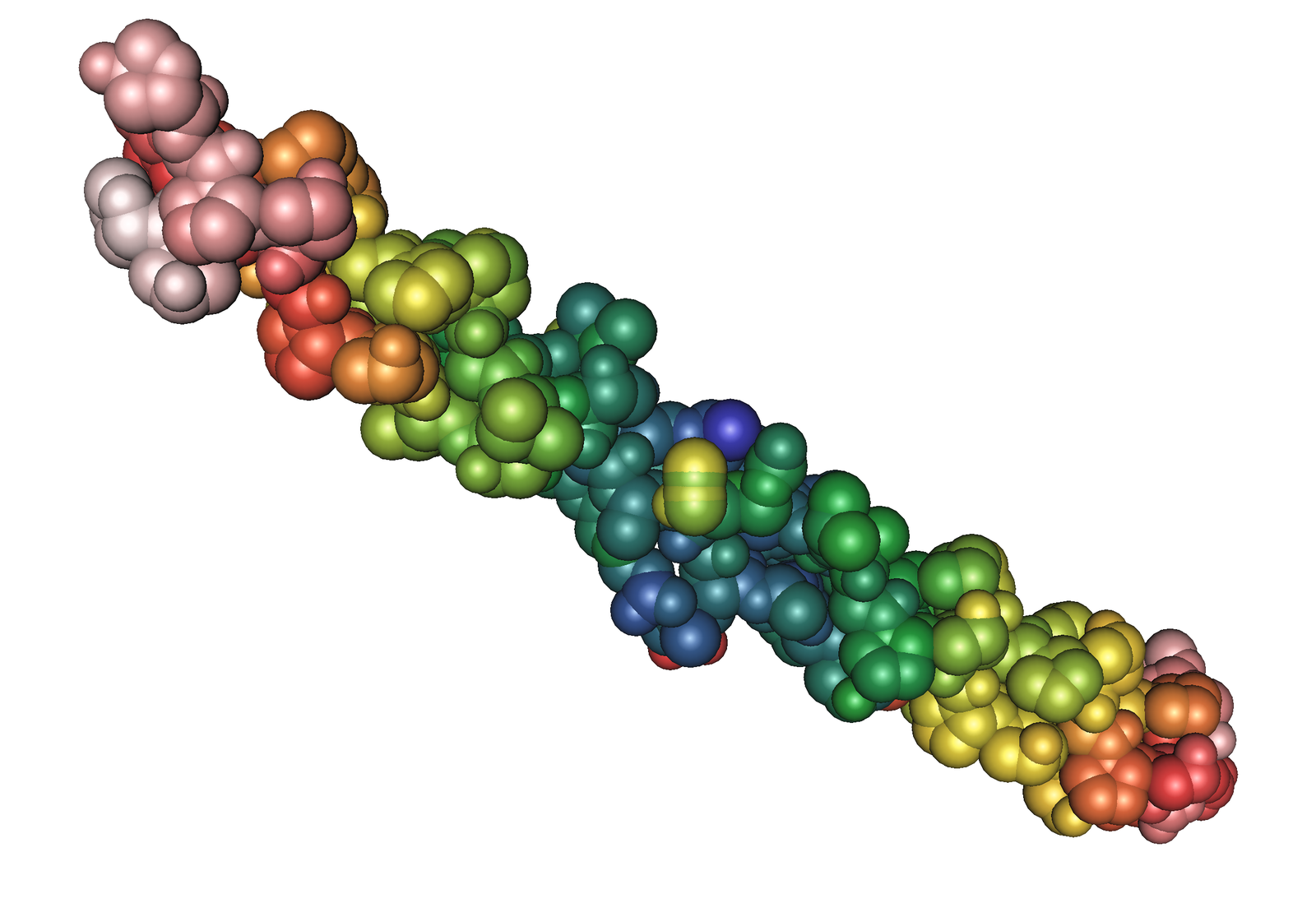 Collagen is a protein that consists of three chains of polypeptides and many units of hydroxyproline, proline and glycine residues.

The collagen molecular structure is that of a helix of three chains of polypeptides that are bonded together and linked by covalent bonds both within and between chains. The helix is made of two alpha 1 chains and one alpha 2 chain linked together, and every third residue is usually the amino acid glycine. There are several different types of collagen that have been identified in the human body, and of these type 1 collagen is the most numerous and abundant.

Collagen is the main fibrous protein found in the connective tissues of the human body. It is also found in the dermis of the skin and in ligaments and tendons that are found at joints of the body.  It is a tough material that is strong and allows for a certain degree of elasticity before breaking; it is this high tensile strength of collagen that makes it so well suited as a connective tissue fiber.

Cells called fibroblasts, that are abundant in connective tissues, produce the collagen fibers. Generally, collagen is formed by the lysine and proline parts joining together along with various other components such as hydroxyl groups and sugar molecules. A limited quantity of collagen can also be synthesized outside of the cell by enzymatic action on procollagen fibrous material.

Diseases where there are problems in collagen formation:

Ehlers-Danlos syndrome (EDS) is a disease found in people, in which the type of collagen is defective because type III collagen is not made by the fibroblasts. The result is that the joints may be easily dislocated and the person may also suffer an aortic dissection because the collagen is an important part of the aorta. 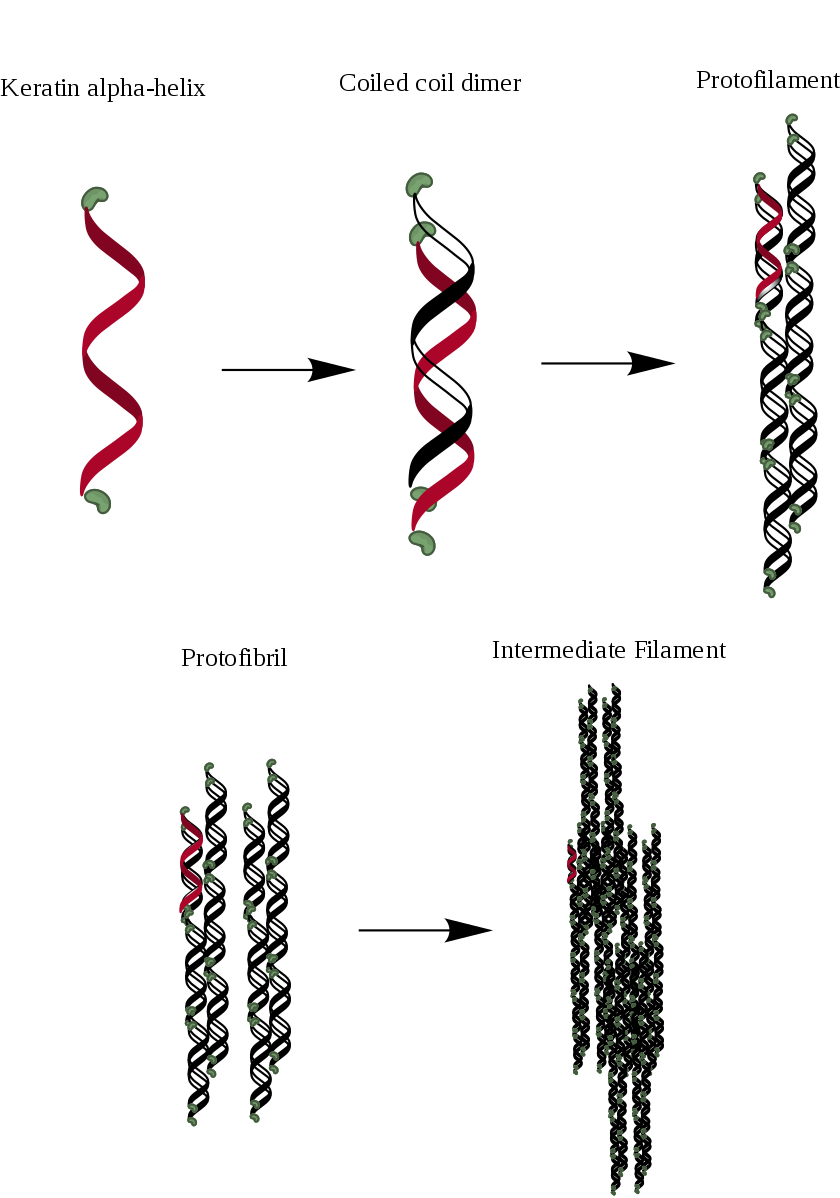 Keratin is a tough fibrous protein that occurs as an alpha or beta type and always has a lot of cysteine residues with many disulfide bonds, present in the molecular structure.

The alpha keratin is comprised of two chains. Each coiled chain is known as an alpha helix to which N and C-terminal groups attach. The beta keratin occurs as a beta sheet attached to C and N-terminal groups. The number of disulfide bridges can vary so that if there are less of these bonds, then the keratin is more flexible.

Keratinocyte cells are found in the dermis of the human skin, and it these cells that make keratin proteins that move upwards into the epithelial layers of the skin.

Diseases where there are problems in keratin formation:

There are some human diseases that occur when keratin is not formed properly. For example the conditions epidermolysis bullosa simplex (EBS), and epidermolytic hyperkeratosis (EH), which both cause problems for the skin. These illnesses are caused by defects in the genes that code for different types of keratin formation.

Difference between Collagen and Keratin?

Part of which tissues

Collagen is used during surgical reconstructions. Keratin is used as an additive in the ceramics industry and as a component of many cosmetics.

Summary of Collagen Vs. Keratin