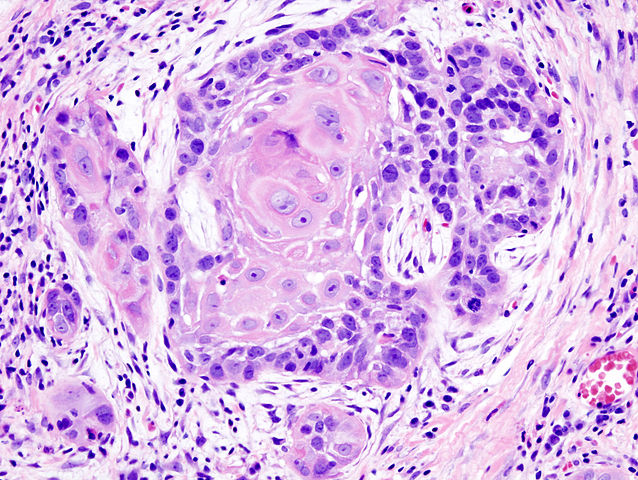 Cancer or carcinoma, the abnormal growth of cells, can affect any number of human organs and tissues. Skin cancer is cancer that occurs in skin cells. There are three types of skin cancer, but two main types of the three: basal cell carcinoma and squamous cell carcinoma.

Basal cell carcinomas have many causes, including long-term sun exposure and intense, extended sun exposure that leads to sunburn. These cancers occur in places that are exposed to the sun more frequently: ears, nose, scalp, shoulders and back. Other, less common causes of basal cell carcinomas include radiation exposure, chronic inflammation of the skin, burn complications and scarring.

Squamous cell carcinomas also have many causes, including but not limited to: extended exposure to sun or intense exposure to sun, extended UV radiation exposure, arsenic and other cancer-causing chemical exposure, tobacco use, and even being diagnosed with actinic keratoses (a precancerous skin damage condition). 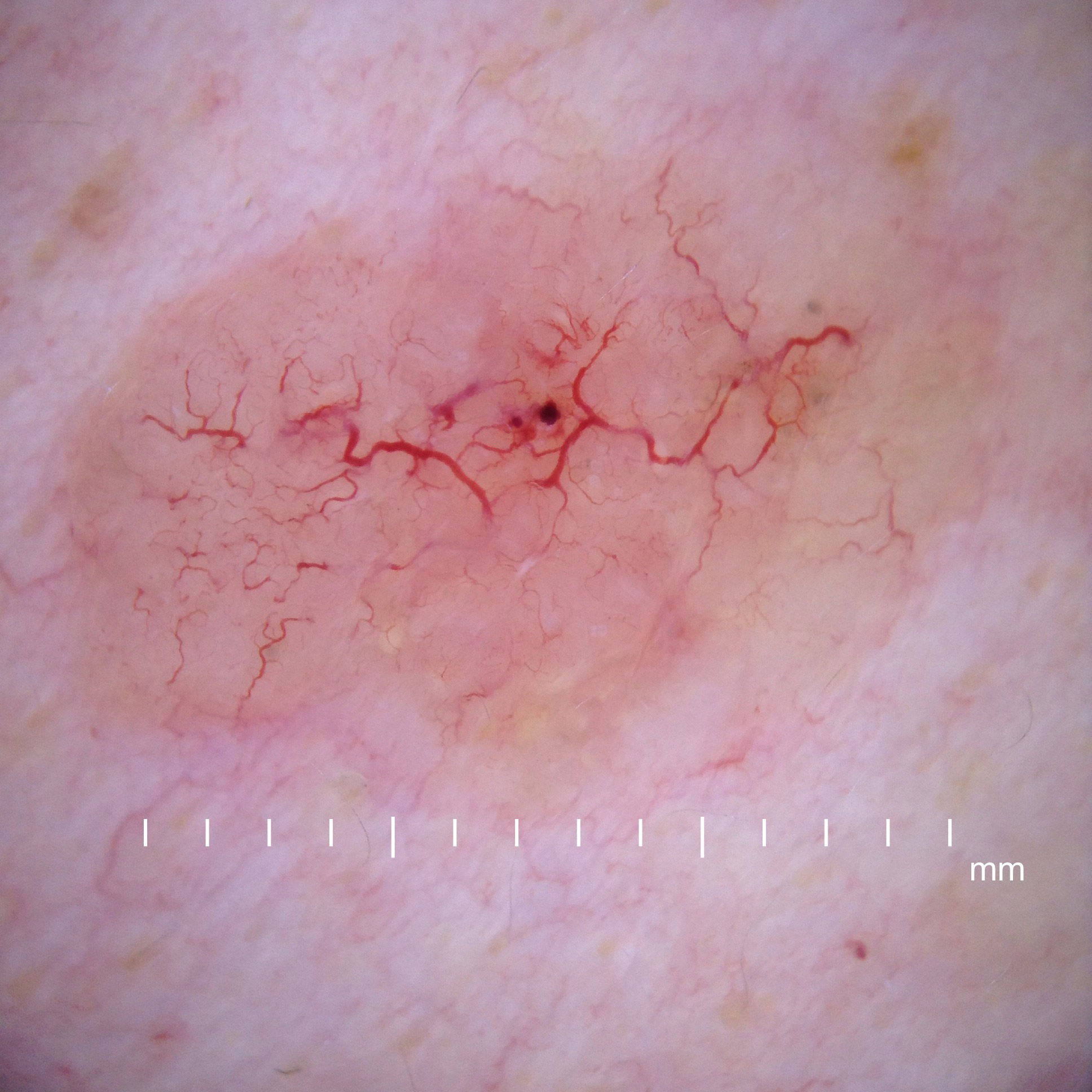 What is Basal Cell Carcinoma?

In a clinical setting, it has been found that more than 99% of people who are diagnosed with basal cell carcinomas are white, usually between the ages of 40 and 79 years. In addition, more than half of these diagnoses are men.

When analyzing the histology of these cancers, the structure of these carcinomas can be broken down into the following sub-types: 50-54% nodular (solid tissue just under the skin), 9-11% superficial (in region around the dermal papillae), 4-8% cystic (growth of cysts), 1-7% adenoid (in glands), 6% pigmented (colored), 2% morpheaform (white plaques present), and 1% metatypical (a greater chance of metastasis).

The risk for recurrence of basal cell carcinomas depends on the location, type as determined by histology, and size of the tumor reported. For instance, basal cell carcinomas that occur on the nose or ear are more likely to recur, including morpheaform and metatypical tumors. Morpheaform tumors have certain characteristics about their biology that allows for more aggressive tumor formation and stability, including increased actin filaments, decreased amyloid formation (thus making it harder for tumors to be broken down), and increased collagen synthesis.

Clinical and biological markers of basal cell carcinomas are defined as:

What is Squamous Cell Carcinoma?

Clinical and biological markers of squamous cell carcinomas are defined as: 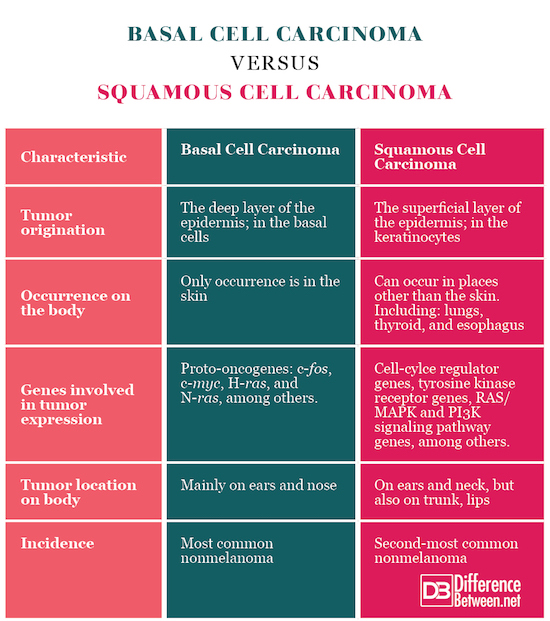